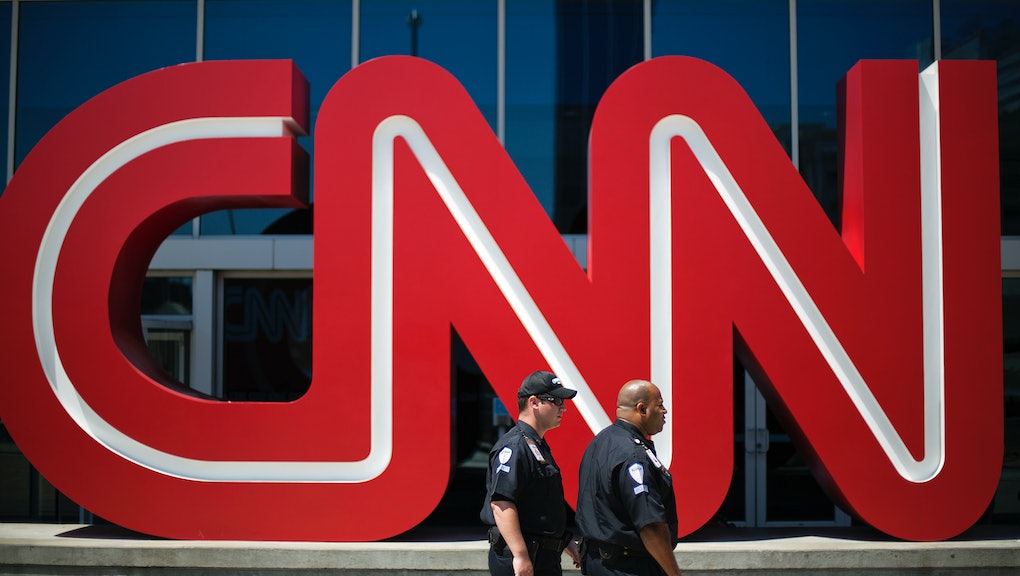 CNN is refusing to air a campaign ad from President Donald Trump, saying a graphic in the ad calling the media "fake news" is inaccurate, and therefore violates their advertising policy.

"CNN requested that the advertiser remove the false graphic that says the mainstream media is 'fake news,'" CNN's communications team said in a statement. "The mainstream media is not fake news, and therefore the ad is false. Per our policy, it will be accepted only if that graphic is deleted. Those are the facts."

The Trump 2020 campaign is putting $1.5 million behind an ad celebrating Trump's accomplishments in his first 100 days in office — the first ad of the next general election.

The ad already had to be amended once, as it violated military policy by including shots of national security adviser H.R. McMaster in his military uniform. Defense Department rules prohibit active military from campaigning in their uniforms.

The Trump campaign took issue with CNN refusing to air the ad.

"It is absolutely shameful to see the media blocking the positive message that President Trump is trying to share with the country," the Trump campaign said in a statement. "It's clear that CNN is trying to silence our voice and censor our free speech because it doesn't fit their narrative."