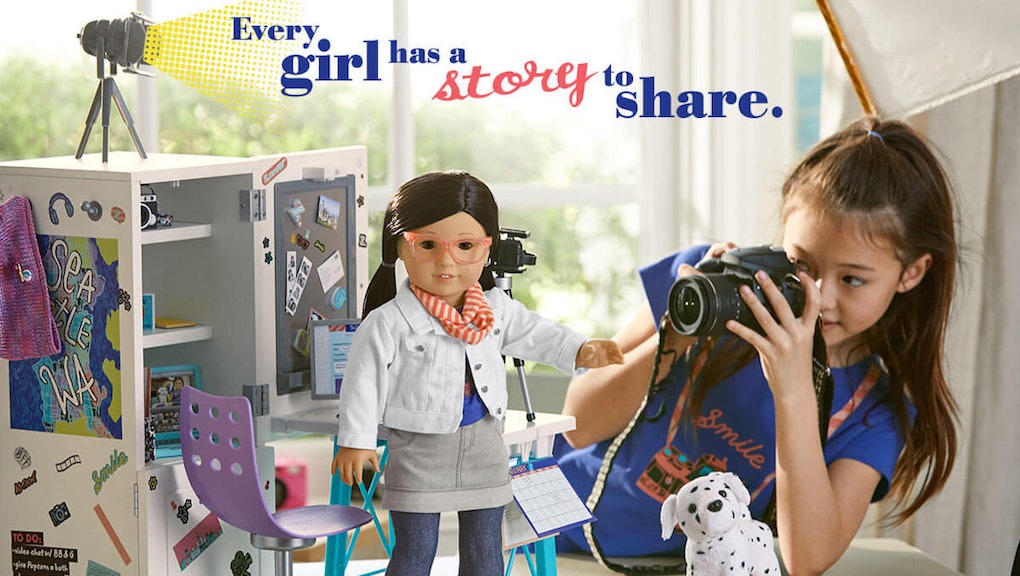 American Girl has rolled out the latest addition to its family: Suzie Yang, a Korean American vlogger and filmmaker.

Yang is the brand's first Asian-American doll since 2014, when American Girl made the controversial decision to "archive" Ivy Ling, a Chinese-American girl from San Francisco. Also archived was Cecile Ray, an African-American girl living in New Orleans.

In any case, American Girl has begun to take measured steps toward diversity again. In 2016, American Girl introduced Melody Ellison, an African-American doll, as part of its "BeForever" collection of historical dolls.

According to Suzie's bio, she's "an imaginative filmmaker developing [her] own take on the world around [her]." She's already recorded some of her own stop-motion videos as well as a few tutorials about how to shoot your own.

She just may be the antidote to Logan Everett, the brand's first boy doll and universally-agreed-upon fuckboy.