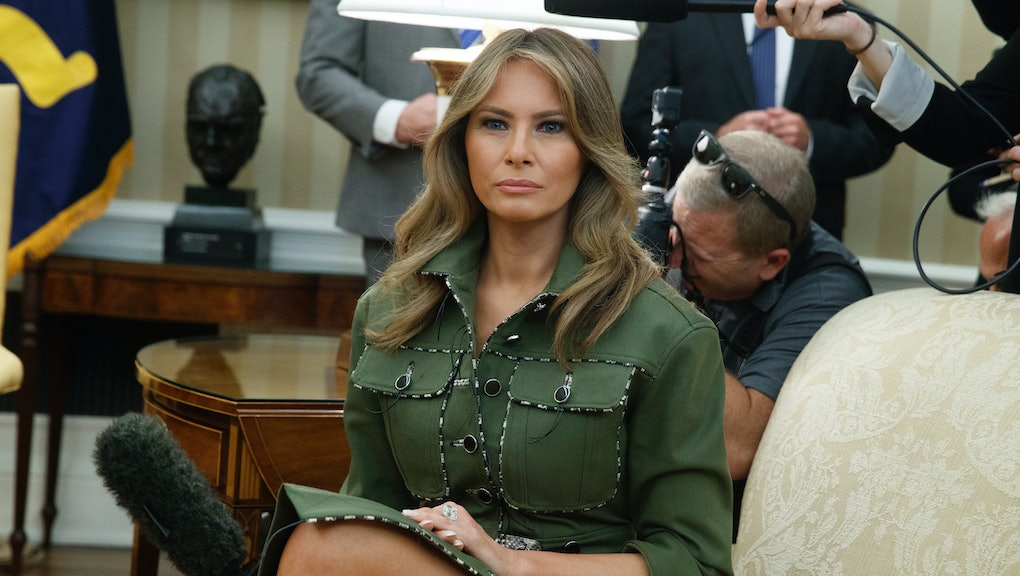 Is Melania Trump trying to send a message? On Tuesday night, the first lady's personal Twitter account — not her official @FLOTUS handle but her pre-inauguration @MELANIATRUMP account — briefly "liked" a tweet mocking the Trumps' marriage.

The tweet in question was from writer Andy Ostroy, who seemed just as surprised as anyone else that Melania Trump had "liked" his joke.

Of course, as soon as people caught wind of it, the situation fueled speculation and jokes on Twitter.

Since the inauguration, Trump has switched over to using the @FLOTUS account that she inherited from her predecessor, Michelle Obama.

The BBC speculated on Wednesday that the rogue "like" from the Melania Trump account was a slip-up, a hack or the result of someone else logging on to the account. Though, there's always the possibility that Trump herself thought it was a funny joke.