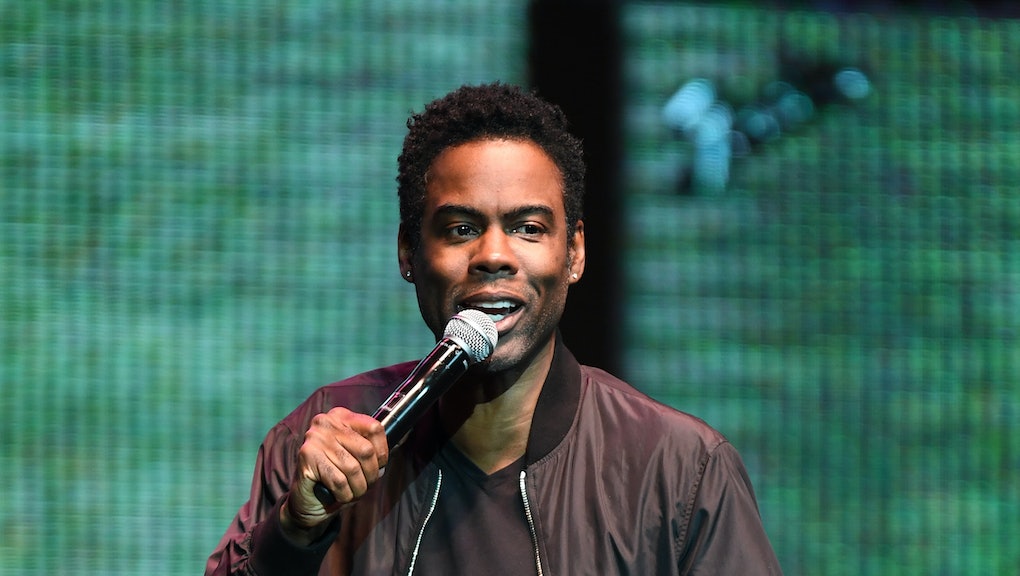 Comedian Chris Rock was one of the lucky individuals to party with President Barack Obama at his final White House soirée. While on Tuesday's Tonight Show, Rock dished on hilarious conversations he had with other famous attendees at the event. But his story about Michelle Obama shading his not-so-great advice was the winner.

"I'm not really supposed to be alone with Michelle Obama," he joked. "That's not really my lane. I don't know how to talk politics."

He said the first lady was expressing concern about the work she and the president were going to do after they left the White House. "You'll be aight," was Rock's initial response. But then he decided to run down her options, which are quite unconventional for Obama. He described their awkward, but funny exchange below:

"And then I said you know, you'll get any kind of job you want, I mean, 'The View.' You know, 'The Housewives of Atlanta,' and she goes, Michelle Obama looks at me and is like, 'I was talking about the country. I wasn't talking about me. I was talking about the country.' And I never felt so stupid in my life. It's like my GED flared up. And she gives me a look like, 'Who let this nigga in my house?' She didn't say that, but that's what the look was like and then she says, 'Oprah, I gotta talk to you!' And she runs away from me and then I'm feeling dumb. I'm like 'Okay. I gotta find some people as dumb as me. I gotta find my intelligence. I'm like, okay. Where the athletes at? Then I see Charles Barkley, like, 'Ah, my nigga'."

It safe to say Rock will think twice before giving his wisdom when he next finds himself in conversation with Michelle Obama.