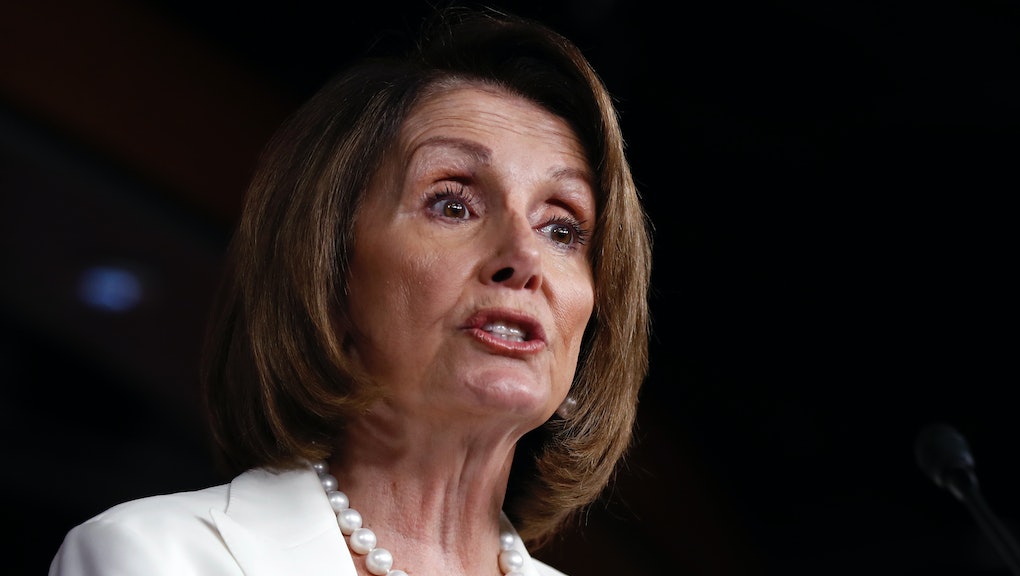 Nancy Pelosi says abortion is "kind of fading as an issue"

In an interview with the Washington Post on Tuesday, Pelosi insisted that believing in reproductive choice isn't a requisite for being a member of the Democratic party.

"I grew up Nancy D'Alesandro, in Baltimore, Maryland; in Little Italy; in a very devout Catholic family; fiercely patriotic; proud of our town and heritage, and staunchly Democratic," she told the outlet. "Most of those people — my family, extended family — are not pro-choice. You think I'm kicking them out of the Democratic Party?"

"This is the Democratic Party," Pelosi added. "This is not a rubber-stamp party."

Pelosi has been asked to comment on the party's stance on abortion following controversy over Democratic mayoral candidate Heath Mello's anti-abortion rights past.

Immediately following revelations that Mello both sponsored and voted in favor of anti-abortion rights bills during his time in the state legislature, both Pelosi and Sen. Bernie Sanders spoke out about the importance of not casting out anti-abortion rights Democrats from the party.

On Tuesday, Pelosi insisted Democrats should be weary of imposing a litmus test on candidates with regards to their stance on reproductive rights because, after all, very few of them care to make their views on the issue core to their platform.

"I don't think that you'll see too many candidates going out there and saying, 'I'm running as a pro-life candidate,'" she told the Post.

"It's kind of fading as an issue," she continued. "It really is."

Most women in the United States would likely say otherwise. With a president who's pledged to do everything in his power to overturn Roe v. Wade, many would say abortion rights have become more of an "issue" than any time in recent history.

Still, it seems top Democrats, for fear of losing another election, might be willing to ignore the precariousness of abortion rights in the United States for the sake of focusing on economic issues — forgetting that abortion is among them.