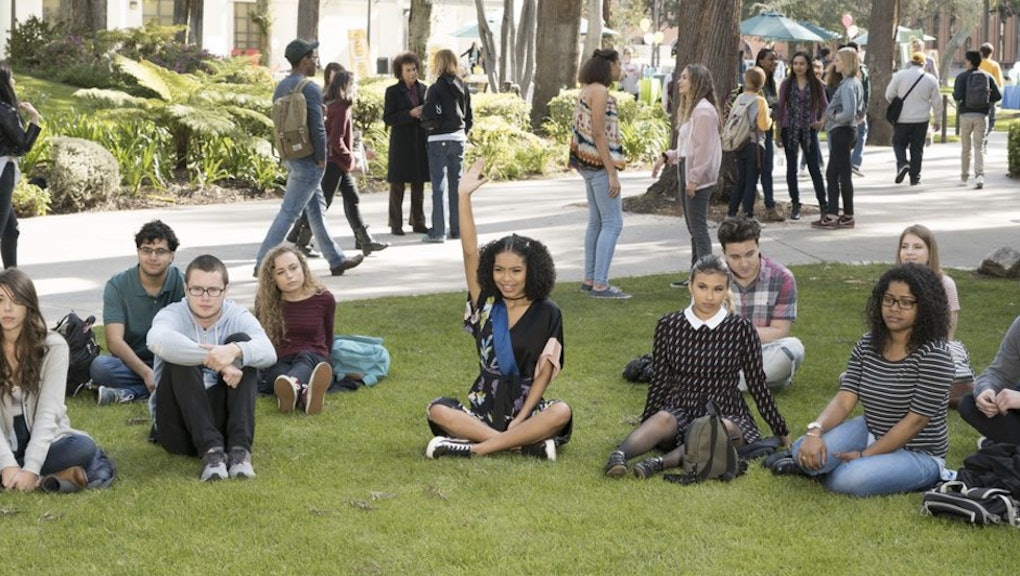 Zoey is all grown up and going to college.

Wednesday's episode of Black-ish will be the show's backdoor pilot for the previously announced potential spinoff for Zoey, played by Yara Shahidi. Zoey is the oldest daughter of Andre and Rainbow and she's about to take the next step — much to her father's displeasure.

In the episode, titled "Liberal Arts," Zoey begins her new chapter with a two-day orientation at college.

Here is the official synopsis of the episode from TV Guide:

Dre drops Zoey off to college for her two-day orientation, where she hits it off with a fellow freshman after they ditch the campus tour and meet a guy at the Black Student Union booth; and Zoey finds out Dre never turned in her housing application, so she pays a visit to the president and dean to plead for mercy.

In January the spinoff was said to be in the very early stages over at ABC. The Hollywood Reporter confirmed that series creator Kenya Barris is behind the potential new series and that former Black-ish showrunner, Larry Wilmore, is also involved.