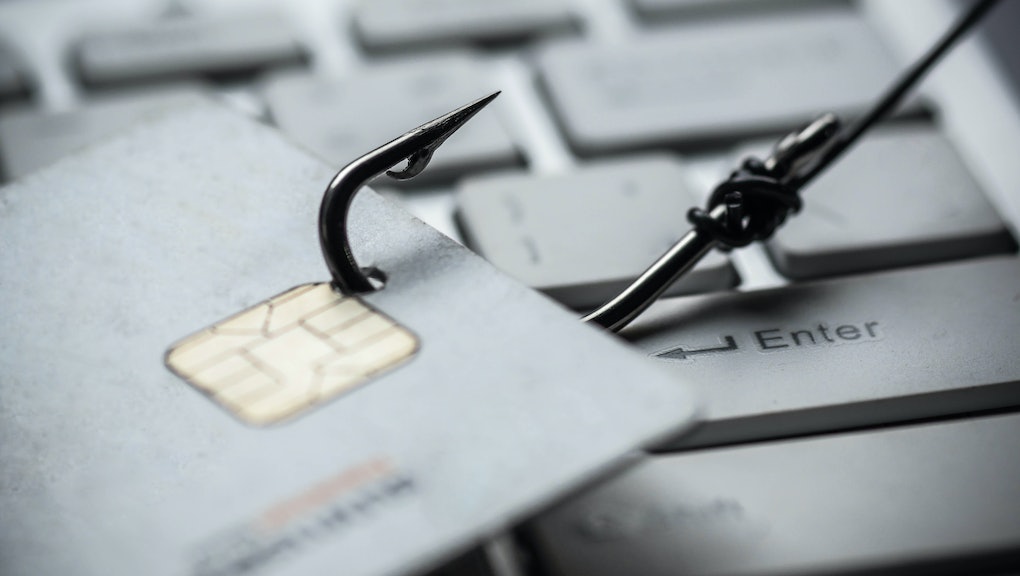 Get a refund: 7 secrets to disputing credit card charges and saving money

After one attendee to the festivity-free, Ja Rule-backed Fyre Festival called Bank of America to get back money uploaded to a pre-paid wristband, she expressed surprise to the New York Times about how easy the process was.

"They didn't even do a temporary credit; they just refunded it," Shivi Kumar told the Times. That seamless experience is relatively typical, experts say.

Especially if you don't care much about obsessively counting credit card points — and your credit score is already great — the fact that you can easily dispute charges is arguably one of the best features of using credit cards. Indeed, all major issuers have ways for you to easily contest charges.

If you file a dispute within 60 days of seeing an error on your bill, the issuer will take it from there: "When you dispute a charge you don't have to pay it until it's been investigated," said certified financial planner Liz Weston, a columnist at NerdWallet. "Because credit cards give you that middle man, credit cards should really be used for any big purchases online or any time you aren't sure about the merchant." In other words, issuers build in a layer of safety.

"They're required to by law," said John Ganotis, founder of the review site Credit Card Insider, in an email to Mic. "I haven't heard of any credit card issuers making it easier or harder to open a dispute," he said, pointing to the 1974 Fair Credit Billing Act. That law lays out clear standards that leave the burden of proof on the merchant, not the consumer — a power dynamic that some consumers take advantage of by disputing real charges.

Matt Schultz, analyst for website Credit Cards, added that the current environment for credit cards is highly competitive. "The last thing any credit card company wants to do is anger a current customer, Schultz said.

Now, if you wait too long to dispute a charge, or forget entirely, you can get in trouble: Even small credit card charges can add up over time, if you're not keeping an eye out for them.

Here are seven secrets to never paying more than you need to — and how to navigate the grey areas, when you're not sure if you'll get a refund.

1. Watch out for tiny or strange charges

Shop online? It's likely at some point you'll see strange vendors on your credit card statement, said Monica Eaton-Cardone, cofounder of Chargebacks911, a third-party company that helps merchants handle the chargeback process, meaning when a credit card charge is reversed.

Since online customers don't necessarily know where a given distribution center is, or where the payments processor is located, they might mistakenly think a charge is fraudulent.

"[A statement will] show you that you bought a pair of shoes from a shoe store in Milwaukee," Eaton-Cardone said, "and you know you didn't buy it in Milwaukee; you've never been to Milwaukee." But if you bought the shoes online, the charge may be perfectly accurate. Eaton-Cardone estimates that as many as a third of chargebacks happen in this way.

Luckily, there are still other red flags to look for in the case of real fraud.

Indeed, Credit Cards' Schultz said, very small charges you don't remember can be a possible sign someone may have gotten a hold of your card: "Sometimes if a bad guy gets a hold of your card, they might buy a candy bar or a drink at a gas station for a buck or two to see if that card still functions," Schultz said. "Kind of a dry run" before they try to steal more of your money.

2. Know when the law entitles you to a refund — and when it doesn't

There are three situations in which you can dispute credit card charges under the Fair Billing Act: a billing error or duplicate charge; when someone uses your account without your permission; or when if you've already made a good-faith attempt to resolve the situation with the merchant — say, they delivered something, it was broken and they won't issue you a refund.

If the problem is that your brother borrowed your credit card and ran up charges? Then you're not entitled to get your money back.

But Eaton-Cardone pointed out that the consequences for disputing charges you're technically liable for are minimal: "The consequence or penalty doesn't exist," she said, adding that parents routinely dispute the charges their children sometimes rack up playing games with in-app purchases. In those cases, Eaton-Cardone said, most parents successfully contest the contest the charges and Google or Apple end up eating the cost.

That there are no consequences isn't technically true: Credit Card Insider published one account of a woman who tried to wrongfully contest a $30 valet parking bill. Eventually, the credit card sided with the venue, and reapplied the $30 to her statement. When she refused, they eventually ended up initiating what's called a charge-off, which happens when you're highly delinquent on your debt — and that can dramatically damage your credit.

Still, back to Eaton-Cardone's point: That's a lot of effort for the company to go through to get back $30.

3. Always reach out to the merchant first, before disputing a charge

Most credit card companies request that you reach out to merchant first to try to resolve the issue. Eaton-Cardone said that nine times out of ten, if you're unhappy with something, they're going to refund your money.

"Consumers don't realize how much their voice matters and how much power they actually have," she said. "The consumer owes the merchant one tangible shot, one wholehearted best effort to make things right," Jim Van Dyke, an industry consultant, told the New York Times.

That said, there are reasons besides altruism why this is a solid step one. Shutltz said that a paper trail showing what you've done and who you've called can be important insurance in case your claim gets lost, or the merchant disputes your account or, as can happen in a massive financial company's fraud detection office, you keep getting bounced from person to person.

"Keep a bit of a paper trail so you know exactly who you've talked to and what the results have been," he said. "Banks do deal with a lot of these conversations, so sometimes you can end up bouncing from different person to different person."

4. Watch your subscriptions — or get an app that does it for you

Another gray area to consider is recurring charges. Weston noted "an ongoing problem with companies charging monthly fees for something and not providing anything."

Indeed, two of the three major credit bureaus were slapped with a $23 million fine earlier in 2017 for enrolling people in recurring subscriptions they didn't necessarily ask for.

That said, if you simply forgot about an old subscription, you're still going to be on the hook. If this is an ongoing problem for you, you might want to avail yourself of free services Trim or Clarity that will monitor your bill and cancel recurring payments on your behalf.

5. Don't pay for credit monitoring — get it for free

If you're really concerned about identify theft — which is way more serious than a simple billing error or misplaced charge — one thing to consider might be a credit monitoring service. This is basically paying someone to keep an eye on your credit report: something the security reporter Brian Krebs notes you can do for free on your own.

If you've used a retailer that has had a major security breach, they'll often pick up the tab for your credit monitoring for you. Another move you can make is to place a fraud alert with one of the major credit bureaus, which will then report the alert to the other bureaus. These alerts need to be renewed every 90 days, but they'll also prevent any new lines of credit being opened in your name without your explicit permission.

6. Use your debit card sparingly

To really protect yourself from wrongful charges, you should definitely use your debit card as little as possible, Weston said: "I understand why people like debit cards, but there are ways to make sure you never carry debt on a credit card and get those [credit card-specific] protections as well."

This is for the very simple reason that when you use your debit card, the money comes out of your checking account, possibly immediately. If you put something on a credit card, no money's leaving your account until you pay your bill — and disputed charges don't show up on your bill.

Weston said she uses credit cards for all online purchases and big-ticket items. If you can, restrict your debit card use to cash withdrawals from ATMs. Another hot tip? Make sure you know what scammers' card skimmers look like.

7. Keep a smile on your face

A final factor to consider? The human element: Be warm and patient. While the cliche holds that pushier customers are more likely to get their way, that's not always true — and there's a way to be firm, convincing and friendly.

Customer service reps told ABC that they are actually more likely to transfer your query to another department if you're being extra difficult. To avoid having your problem get kicked around, get the person on the phone to like you.

Rather than unloading on a merchant who delivered something in the wrong size, calmly explain the situation so you can return the product and get the refund you're entitled to. If that doesn't work, make a scan or a print-out of your interaction with them and dispute the charges with your credit card provider. If you were telling the truth, it'll probably get worked out.

Have a hard time conveying friendliness on the phone? Try smiling. Research suggests that listeners may literally hear your grin over the phone.