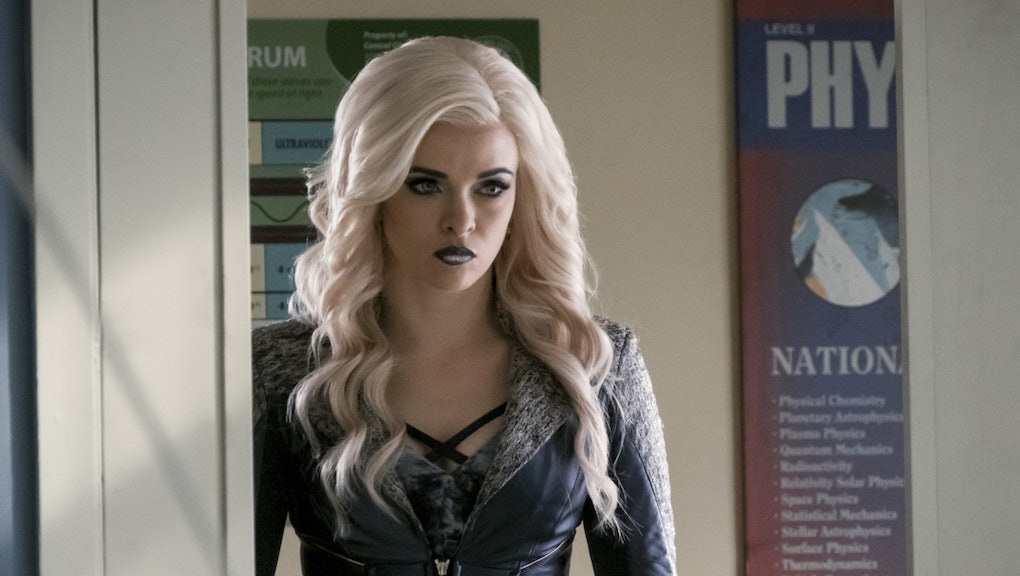 'The Flash': Killer Frost should be season 4's big bad

(Editor's note: Spoilers for season three of The Flash — including Savitar's identity — ahead.)

The wait was probably longer than it had to be, but The Flash finally revealed who was really under Savitar's armor. The answer? Barry Allen himself, the Future Flash. With that shocking — or entirely expected — reveal behind us, now seems like a good time to talk about The Flash's next big villain.

While nothing has been officially confirmed, all signs point to the show's fourth season pitting Barry Allen against a non-speedster. And after Reverse-Flash, Zoom and Savitar, this does make the most sense, as four speedsters in a row would seem to be a bit repetitive — and, dare I say it, boring. So, who will the non-speedster be?

The most likely candidate at the moment is Clifford DeVoe, aka the Thinker. At least, that was the name Abra Kadabra mentioned along with Thawne, Zoom and Savitar as one of Barry's greatest enemies. And while he could be an interesting villain — especially as an artificial intelligence — I'm hoping for someone else. If you read this article's headline, you know who I'm proposing.

As far as I'm concerned, the remainder of The Flash's third season should explain how Barry and the rest of the team defeat Savitar and also set up Killer Frost as season four's big bad. There are a few reasons for this: Not only has Danielle Panabaker been a joy to watch as the evil, cold-hearted villain, but Frost would serve as yet another intimate adversary for Team Flash.

Following the Savitar reveal, executive producer Andrew Kreisberg spoke with Entertainment Weekly  about the decision to have Barry be his own worst enemy.

"The idea that the darkest villain we could come up with was actually a very damaged version of our hero was interesting and fresh to us," Kreisberg said. "We're not only competing with all the stuff that we've done on Flash, but we're always competing with everything we've done on all the other shows. So to have our lead actor be both the hero and the villain isn't something we've done before, so that was exciting for us as storytellers."

Having Killer Frost as the main villain in season four of The Flash would allow the writers and producers to continue exploring this idea of Team Flash battling malevolent versions of themselves. Even though Savitar is a future version of Barry, there will likely be no love lost between the villain and the rest of Team Flash. The team won't see him as Barry — he is Savitar, a villain who needs to be stopped and whose path to evil can be prevented.

Team Flash battling Killer Frost is far from simple. Killer Frost is Caitlin Snow. The villain is not a potential future version of Team Flash's friend, but who she is now — in other words, Killer Frost is part of Caitlin. The challenges this presents were already on full display in Tuesday night's episode of The Flash. Despite Frost aligning herself with Savitar and trying to kill Tracy Brand, Cisco had immense trouble taking her on, as they're best friends and he feared for her well-being.

Should Killer Frost become either the big bad or a recurring villain going forward, Team Flash would likely struggle with how to defeat someone they love. And that's as compelling a conflict I've ever heard. It also sounds like it could be a real possibility, not just wishful thinking from a fan.

During a recent interview with Comic Book, Panabaker teased there may not be a neat solution to the Killer Frost problem by the time season three comes to an end.

"I've filmed the rest of the season and I don't know that our season finale leaves everything tied up in a pretty little bow," Panabaker said. "I think that there's still a lot of questions at the end of season three about what happens to Team Flash."

Realistically, it's probably unlikely Killer Frost will be the series' main villain going forward. What's for sure, though, is Caitlin Snow — and, possibly, her evil alter ego — are here to stay.

"Obviously Danielle Panabaker is not going anywhere," Kreisberg told Entertainment Weekly before the show's Savitar reveal. "How and if she becomes Caitlin Snow again, or she remains Killer Frost or a version of Killer Frost, into season four, you're going to have to tune in."

You don't have to tell me twice.