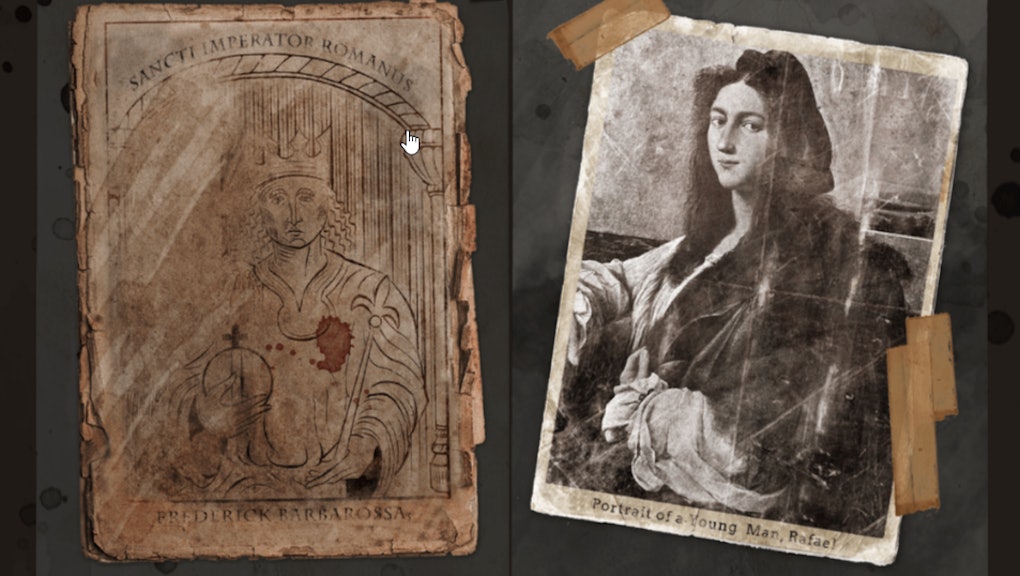 'Call of Duty: WW2' Decoder: All codes for the enigma machine to get the calling card reward

The decoders over at Reddit have solved the mystery of the Call of Duty: WW2 classified website's Enigma machine. The site launched just after the Call of Duty: WW2 reveal livestream, and it features an interactive version of the famous device used by the Nazis to encode and decode communications during the war.

As part of a promo for the upcoming title, Sledgehammer Games hid several codes throughout the reveal material, which, when entered, return some teaser images and dossiers for Call of Duty: WW2. Additionally, entering the two codes below will unlock a calling card on your Call of Duty account.

For now, we know of two codes that will work in the Enigma machine on the classified website, though there is a chance there may be more. If additional codes are discovered, we'll be sure to update this guide, so check back.

Shortly after the Call of Duty: WW2 website went up, fans discovered that if you turn the Gamma up on the Zombies reveal picture, on the edge of the helmet are the following sets of letters:

When those codes are entered into the Enigma machine, the three green lights at the top will light up, and you'll be taken to a screen with a dossier. The dossier has two pictures in it: a weathered print of Frederick Barbarossa, and a copy of Rafael's "Portrait of a Young Man."

Call of Duty: WW2 Decoder: What do the pictures in the first dossier mean?

According to GameZone, "Portrait of a Young Man" was stolen in 1939 by the Nazis. It ended up in the home of Hans Michael Frank, a German war criminal who was Hitler's personal lawyer and overseer of the Warsaw ghetto until 1942. While these events are set before the game, we know that the date of Frank's capture — May 3, 1945 — is within the scope of Call of Duty: WW2.

The print of Barbarossa could point to a few things. Operation Barbarossa was the code name of the Nazi's push into the Soviet Union. The Red Army was able to halt the German's advance, though that didn't stop the murder of 5 million Soviet prisoners of war and a million Russian Jews by SS death squads.

Barbarossa was King of Germany and the Holy Roman Empire in the mid-late 12th century and was a major figure in the Nazi's obsession with supposed Aryan superiority and self-veneration. There is also a legend that Barbarossa never died and instead went to sleep in a cave with his loyal knights somewhere in Germany. The tale states, "when the ravens cease to fly around the mountain he will awake and restore Germany to its ancient greatness." Sounds like a zombie to me.

Sledgehammer has also made the statement that this installment of Call of Duty: Zombies would be the tale of the Third Reich's last-ditch attempt to create an army to defend against the Allies in the final stages of World War II. It would make sense, though it would be morbid, to use those 5 million Soviet soldiers who vanished during Operation Barbarossa as an army of the undead.

All around the world, there are other secret codes hidden on Call of Duty: WW2 billboards. When you put in the following five, you'll receive another set of dossiers with teaser images:

These dossiers contain info on who some fans believe will be the next four Call of Duty: Zombies characters: Crowley, Roussa, Red and Zussman.

Call of Duty: WW2 Decoder: Getting your calling card

Once you've entered both sets of Enigma codes, cycle through your dossier collection and you'll find a document that tells you that you're eligible to redeem a calling card. All you have to do is click on the document and it'll take you to a sign-in page.