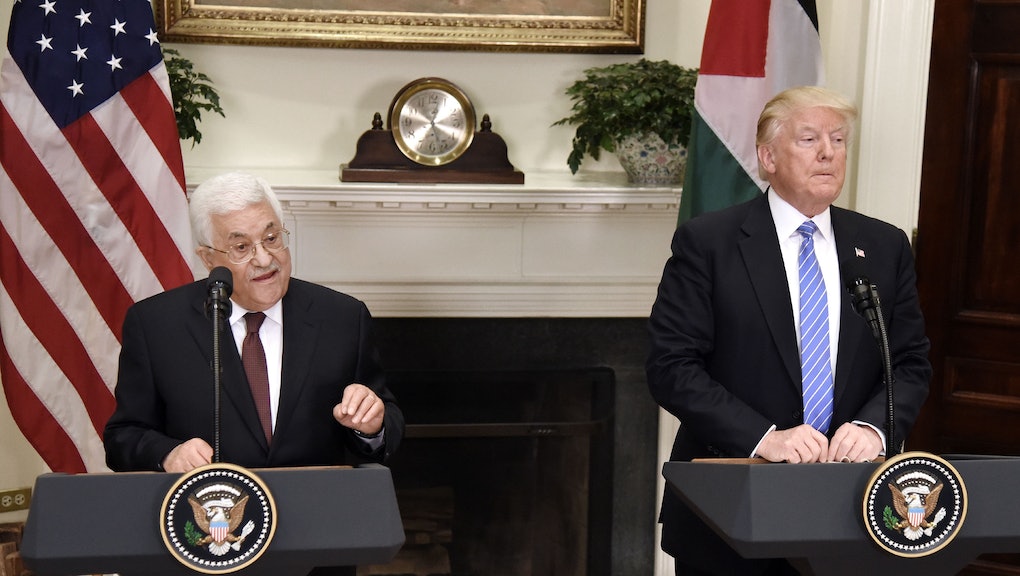 Israelis and Palestinians have been at odds since Israel was established in 1948.

Yet on Wednesday, President Donald Trump said during a lunch with Palestinian leader Mahmoud Abbas that a peace deal between the Israelis and Palestinians is "maybe not as difficult as people have thought over the years."

"We need two willing parties," Trump said. "We believe Israel is willing. We believe you're willing. And if you are willing, we are going to make a deal."

Of course, there have been multiple attempts to strike a peace deal between the two Middle Eastern parties over the years, all of which have failed for a litany of reasons — chief among them whether a peace deal would be a one- or two-state solution in which Israel keeps its Jewish identity.

And one of Trump's promises — moving the U.S. embassy to Jerusalem — could thwart the peace process. Still, Trump, the self-proclaimed master dealmaker, thinks he can be the one to broker a deal.

Ushering in peace between the Israelis and Palestinians isn't the only thing Trump thinks is easier than people have said in the past.

As Republicans currently struggle to craft a health care law that can pass the House, let alone the Senate, a reminder that Trump said creating a health care bill would be "so easy."

Trump also thought he could have made a deal to avert the Civil War — a comment he made to historian Jon Meacham that suggests Trump fancies himself a better dealmaker than President Abraham Lincoln, widely viewed as one of the best presidents in history.

He also thought being president would be "easier" than his life as a businessman — though he's come to realize there are challenges associated with being commander-in-chief.