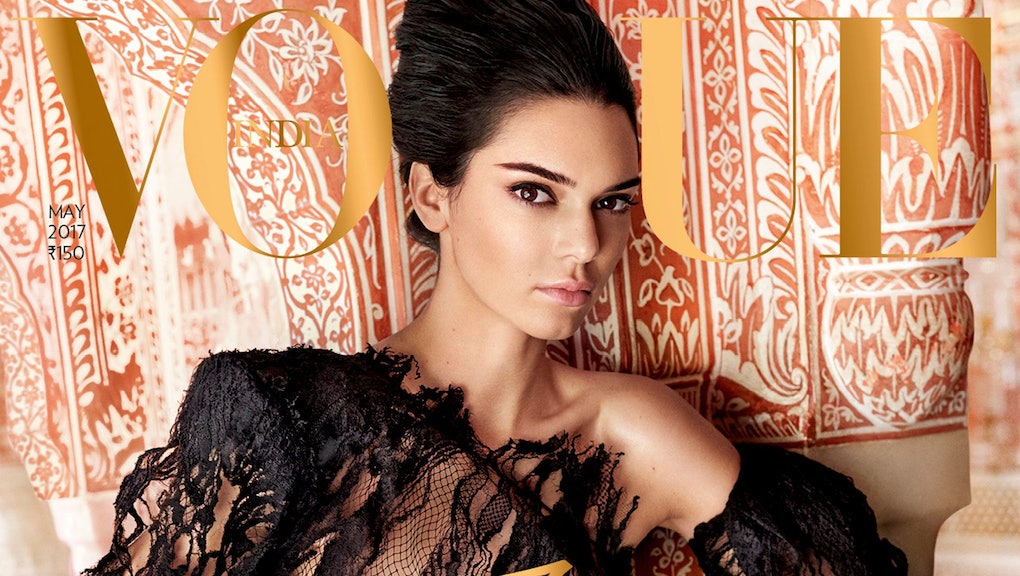 With backlash to 'Vogue' India cover, Kendall Jenner faces yet another controversy

First the ill-conceived Pepsi ad. Then the ill-executed Fyre Festival. Now Kendall Jenner faces yet another storm of backlash, this time over her latest spread in Vogue India.

The issue here lies not with appropriation — something the Kardashian-Jenner clan has been accused of on numerous occasions — but with the decision to cast Jenner, as opposed to an Indian model or actress. Though Indian actor Sushant Singh Rajput appears in the spread itself, Jenner graces the glossy's cover solo.

"Why not an Indian model, there are so many? This doesn't create the sense that India has its own beauty and character," one user commented on Facebook. "She is beautiful but I'm pretty sure in a county of over 1 billion they could have found an Indian [woman]!" remarked another. "There are many pretty brown girls here in Bollywood. Why chose her?" asked yet another.

Twitter users also took aim at both Jenner and the publication.

This is not the first time an international edition of Vogue has faced backlash for casting a white model on its cover. In March, Jenner's BFF Gigi Hadid faced similar backlash for a Vogue Arabia cover — however in her case, some cited the fact that her father is Muslim.

With the recent flux of negative attention facing Jenner, one has to wonder if, like her big sister Kim Kardashian West, Jenner may take a step back from the spotlight. Only time will tell.

Mic has reached out to Vogue Arabia for comment.