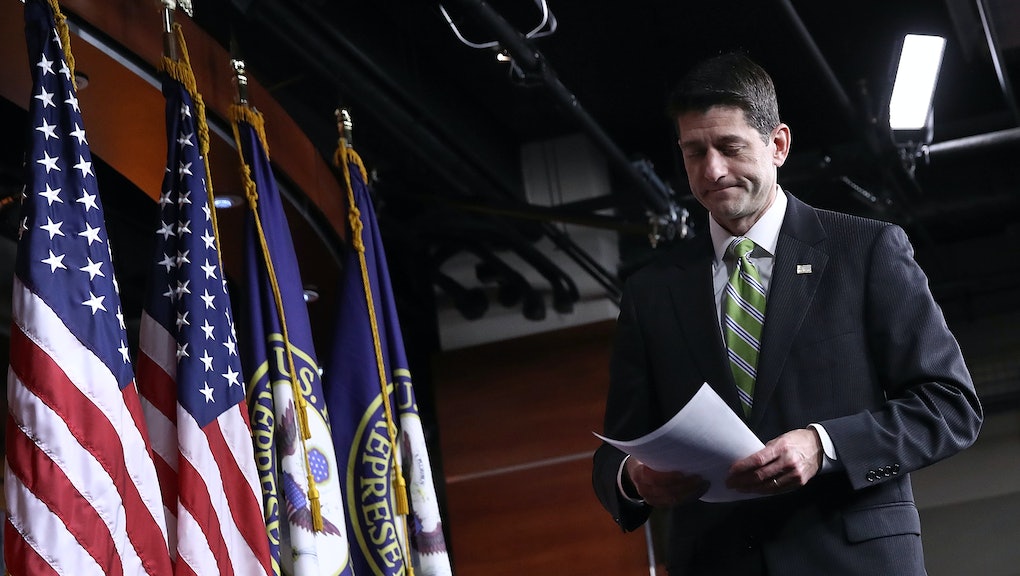 On Thursday, the House passed their bill to repeal and replace the Affordable Care Act. Many Democrats have been quick to point out Republican House Speaker Paul Ryan's hypocrisy in rushing through a vote on a major health care overhaul before the House and the American people have had a chance to fully assess the impact of the bill.

Even though many of the most troubling aspects of the American Health Care Act have been debated in the media over the past few weeks, some major changes have been almost completely overlooked. Here are three hidden problems with the AHCA that congressional Republicans have made no effort to fix.

A lot of the conversation around the AHCA has focused on how its provisions affect people who buy insurance on the individual markets. That was true of a controversial amendment introduced by House Republicans that would allow states to opt out of requiring a category of care called "Essential Health Benefits" — regulations that mandate plans include certain provisions like maternity care or emergency room coverage.

The amendment, however, could affect a much larger number of people: those who get healthcare through their employers.

The way health care laws are currently structured, the insurance plans provided by large employers are barred from putting certain restrictions on those basic benefits. But the GOP's amendment to the AHCA could undo that regulation without even trying.

As the Brookings Institution's Matthew Fiedler wrote, if a state decides to opt out of Essential Heath Benefits under the AHCA, it effectively gives large employers the opportunity to limit those benefits.

Large employers often work in several states. So, when the original regulations preventing restrictions on benefits were passed, there was an open question as to which state's definition of Essential Health Benefits companies would abide by. "The way that was resolved is that they can choose among the various state definitions," Fielder said. A large employer, Fielder said, could even choose which state's definition of Essential Health Benefits — without necessarily doing business in that state.

Consider this hypothetical: Let's say Alabama, under the AHCA, decided to opt out of Essential Health Benefits and make covering things like maternity care and emergency room visits optional for insurance companies in Alabama. A large company in New York could then buy a health care plan for its employees that used Alabama's very limited definition of what constitutes an Essential Health Benefit, and that put annual caps on how much they would cover ER visits and maternity care. If a New York employee then exceeded the cap on Essential Health Benefits payouts — by, say, having too many emergency room visits in a single year — that employee would be on the hook for the full cost of any subsequent visits.

Healthcare tax credits could be worthless in liberal states

Under the AHCA, people shopping for insurance as individuals in state-run markets get a series of tax credits they can apply toward the cost of coverage. Many have criticized these tax credits for being woefully inadequate compared to the ACA's individual market subsidies. However, the bill also bars people from applying those tax credits toward plans that cover abortion services. That forces women to bear the costs for essential health services out of pocket.

In some states, however, the situation may be even more dire because of an overlooked detail about state health policies.

Places like New York and California have their own laws that essentially require all health care plans in those states to cover abortion services. That means that no individual in those states could use the tax credits in the first place because all of the state's available plans cover abortion.

Asked about the potential flaw in the bill, Lauren Aronson, a spokesperson for the House Ways and Means Committee told the Hill, "As with any major legislation, it will be incumbent on states to adapt as federal law changes."

A little-noticed provision in the AHCA would slash funding for special education programs that schools receive through Medicaid. According to the New York Times, the bill's $880 billion cut to Medicaid includes a per capita-cap on Medicaid funding for groups like children and the elderly.

The Times reported that under the new law states would no longer have to consider schools eligible Medicaid providers, meaning they could end Medicaid reimbursements to those schools all together.

That would place a significant burden on public schools around the country to fund their special education programs at a time when the Trump administration is already proposing massive cuts to the Department of Education.