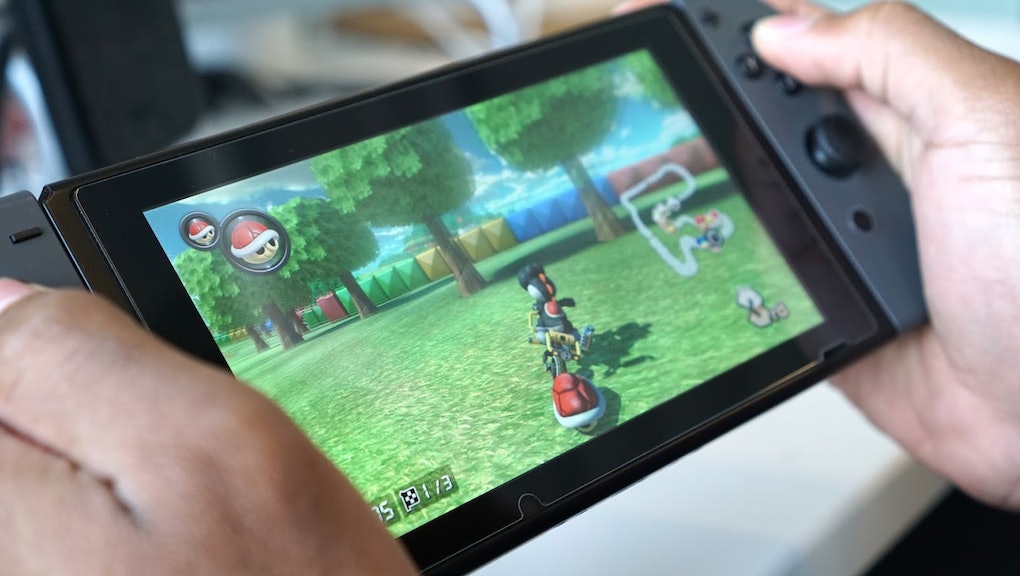 If you've owned a Wii U you know that Mario Kart 8 Deluxe is largely the same as the game that came out years ago. But there is one hidden change: the Nintendo Switch version of Mario Kart 8 now offers an official local-area network party mode. Meaning, instead of connecting multiple consoles wirelessly, Switch owners can take it back to the link cable days and use a hard-wired LAN connection to play against each other.

Here's what you'll need to link up and race with your friends:

Mario Kart 8 Deluxe tricks and tips: The button combo you'll need to get the party started

It isn't clear exactly why Mario Kart 8 hides the LAN party option. It's possible Nintendo knows how rare it will be that folks resort to the wired multiplayer option. Regardless, here's how to surface LAN mode.

On the main Mario Kart 8 Deluxe screen, hold the L button and R button simultaneously. While holding these two, push in on the left analog stick. That's it. You should see the screen pictured above.

Mario Kart 8 Deluxe tricks and tips: What else will I need?

As laid out in Nintendo's official Mario Kart LAN party video, you'll need a bit more than just the button chord above. The hardware required includes multiple Switch units, docks for each Switch and LAN adapters for each Switch. Furthermore, each dock will need to a television to connect to. Finally, you'll need a router for everybody to plug into, though that router doesn't actually need an internet connection.

LAN party-style isn't the cheapest or most convenient way to play Mario Kart 8 but it does allow for 12 players to race against each other — more than what's possible wirelessly. Now the hard part: finding 12 friends.