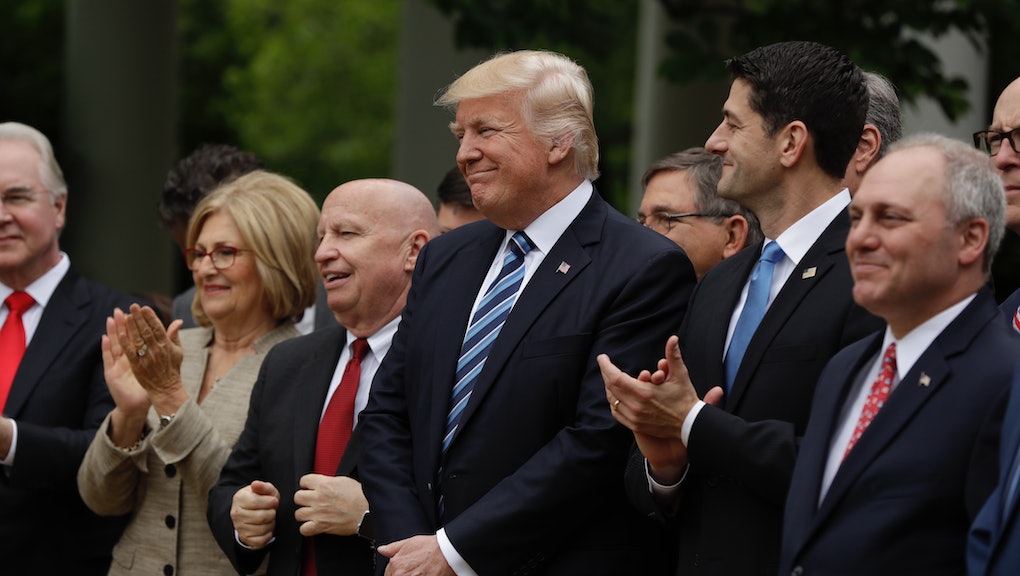 On Thursday, Republicans in the House of Representatives successfully passed the American Health Care Act, which would strip the Affordable Care Act of many of its provisions, including its mandate that health insurance companies insure people with pre-existing conditions. It may lead to 24 million people losing their health insurance.

After the bill passed the House, people used the hashtag #IAmAPreExistingCondition to share their stories about living with something that may now lead to an eventual lack of coverage.

Given how serious the reality is for so many Americans, it's good to know that Congress takes their decision seriously and isn't, say, toasting the passing of the AHCA with a beer.