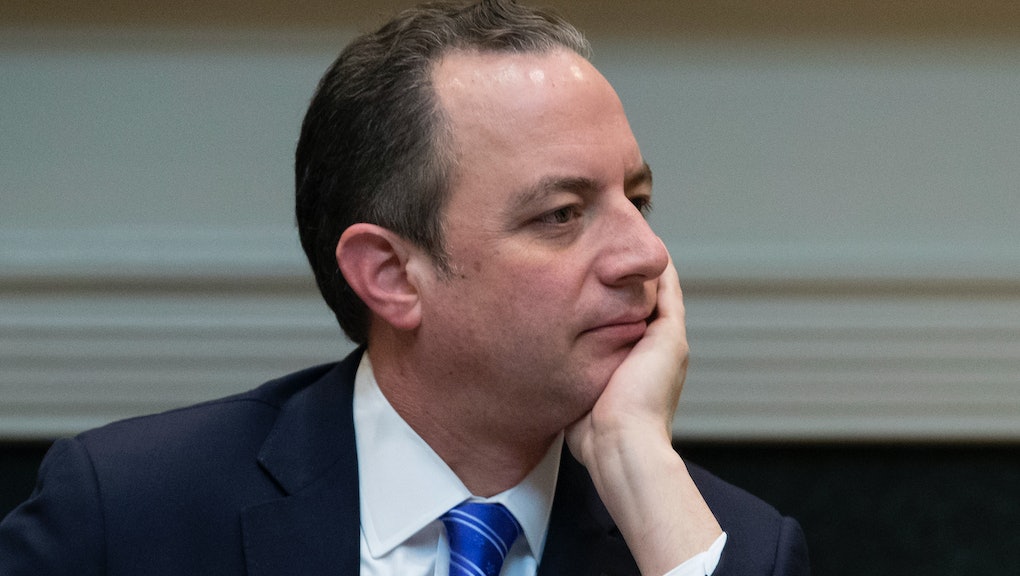 White House Chief of Staff Reince Priebus reached for a sports metaphor in an attempt to describe how vital President Donald Trump was to getting the American Health Care Act through the House on Thursday.

It did not go well.

"The president stepped up and helped punt the ball into the end zone," Priebus said, revealing a profound misunderstanding of how football works.

If you, like Priebus, don't know, punting is what a team does when it fails. It means the team has been frustrated in its attempt to earn a first down or a touchdown and is not in field goal range. Punting gives the ball back to the other team.

Priebus, though, appears to believe that punting the ball into the end zone is how you score points in football. It is not, and a self-described lifelong fan of the Green Bay Packers should know that.

Priebus isn't the only Republican to swing and miss on a sportsball reference — Sen. Ted Cruz famously referred to a basketball hoop as a "basketball ring" during the GOP primary in 2016, and President Donald Trump has a history of sports-related gaffes. Trump was also pretty much responsible for the collapse of the United States Football League in the 1980s.

Republicans celebrated after punting the ball into the end zone on Thursday. Their plan would rob about 24 million people of their insurance, hike premiums for older Americans and likely eliminate protections for Americans with pre-existing conditions.