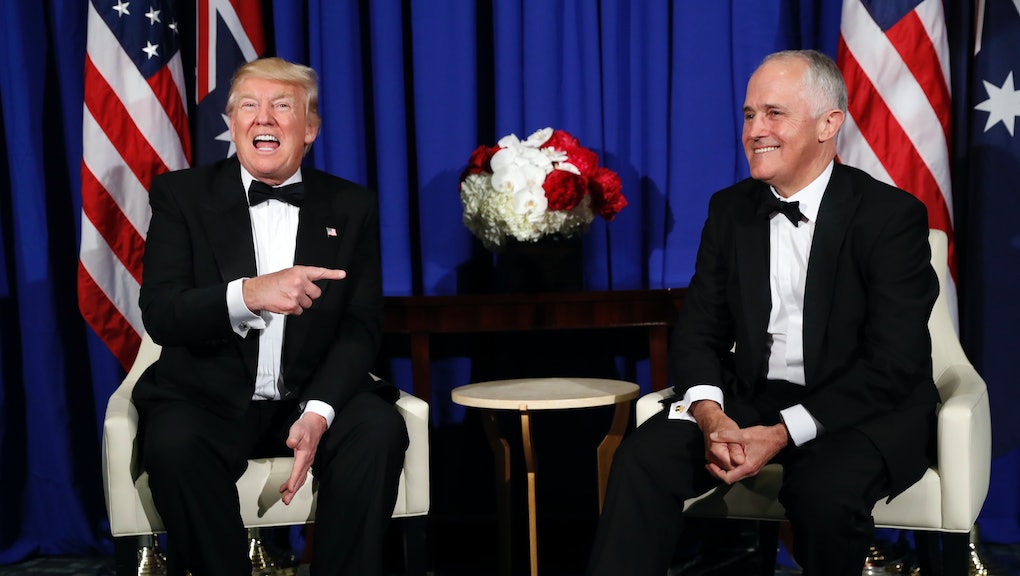 The latest GOP health care replacement for the Affordable Care Act has been criticized for a litany of issues. Perhaps most indicting: Members of Congress and its staff would be exempt from losing some of the ACA's most popular benefits, such as coverage for pre-existing conditions.

Trump's comments on Australia's health care stand out because the country has universal health care. In other words, health care for all its citizens.

Trump's praise of Australia's health care system is perhaps unsurprising given his longtime support of a single-payer system, dating back to 1999. He has even come close to endorsing the health care plan of former presidential candidate Bernie Sanders at a town hall in February 2016.

When Trump's comments were relayed to Sanders during his appearance on MSNBC, he said, "The president has just said it. That's great!"