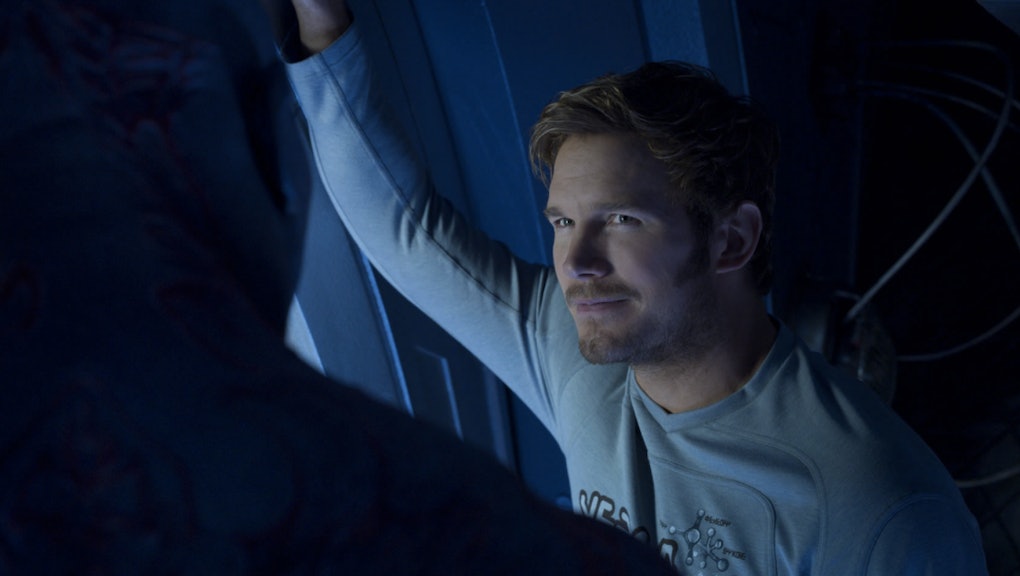 'Guardians of the Galaxy Vol. 2': Here are the best Easter Eggs from Marvel's latest film

Following in the footsteps of 2014's Guardians of the Galaxy is no easy task. That film was nearly universally beloved, and in some aspects, it redefined the genre. The first movie was smart, hilarious, visually dazzling and brimming with so much nostalgia it makes Fuller House look like a series that contains none (that's really all Fuller House is).

Guardians of the Galaxy Vol. 2 is much of the same, even if it is a tad less smart. But the visuals are stunning, the dialogue hilarious and it's chock full of Easter eggs. So, here are some of the best Easter eggs that you may have missed.

[Editor's Note: Mild spoilers ahead for Guardians of the Galaxy Vol. 2.]

The original Guardians of the Galaxy

One of the earlier versions of the Guardians (this team from the future) included members like Starhawk, Martinex, Charlie-27, Aleta Ogord, Yondu, Mainframe and Krugarr. Each of these characters briefly appeared in the film.

The role of Stakar Ogord was played by Sylvester Stallone, and it is expected that he, along with some of the other older Guardians, will return in subsequent Marvel films.

Howard the Duck may not be the most well-known Marvel character, but his popularity may be on the rise thanks to James Gunn. The talking duck appeared in the post-credits scene of Guardians of the Galaxy, along with the Collector and Cosmo the Spacedog.

Howard the Duck returned in Guardians of the Galaxy Vol. 2 in a scene that features the first appearance of Yondu and the Ravagers. The inclusion of Howard the Duck plays little part in the narrative of the film, but it is yet another cool nod to a character that once appeared in one of the worst movies ever made.

Guardians of the Galaxy Vol. 2 is not a movie fans are going to want to leave early, as there are more than a few good post-credit scenes. One of those scenes features the introduction of one of the most powerful characters in the Marvel universe: Adam Warlock.

Adam Warlock does not appear in the flesh, but is mentioned by Ayesha as the next step of her race's evolution. James Gunn has mentioned that Adam will appear in subsequent Marvel films, but it is not clear whether that will be as early as Infinity War.

In the comics, Adam is closely associated with the Soul Gem, the only Infinity Stone not yet seen in the films. For more on Adam Warlock, Vanity Fair wrote up a great explainer.

Stan Lee and the Watchers

It should come as no surprise that Stan Lee cameos in Guardians of the Galaxy Vol. 2 (he actually appears twice). What was cool about this particular cameo, though, is he actually mentions his roles in previous Marvel films.

During both of his appearances in the film, Lee is speaking to an ancient race of aliens known as the Watchers. The Watchers, who were created by Stan Lee, have been passively observing the Marvel universe for longer than we can contemplate.

What's funny about Stan Lee conversing with the Watchers, is that there have been rumors in the past that he is actually one of them. Think about it.

The fun in Guardians of the Galaxy Vol. 2 extends to its actual credits. And at one point during the end credits, we can see Jeff Goldbulm's the Grandmaster. The character is set to play a much larger role in Thor: Ragnarok, in which he will be largely responsible for the gladiator fight between Thor and Hulk.

As mentioned earlier, Guardians of the Galaxy Vol. 2 features plenty of nostalgic pop culture references. From the film's awesome soundtrack to an actual cameo appearance by David Hasselhoff (it's just Ego taking that form), James Gunn has plopped some really cool nods in his film. Even Pac-Man shows up!

Guardians of the Galaxy Vol. 2 is now playing in theaters nationwide.