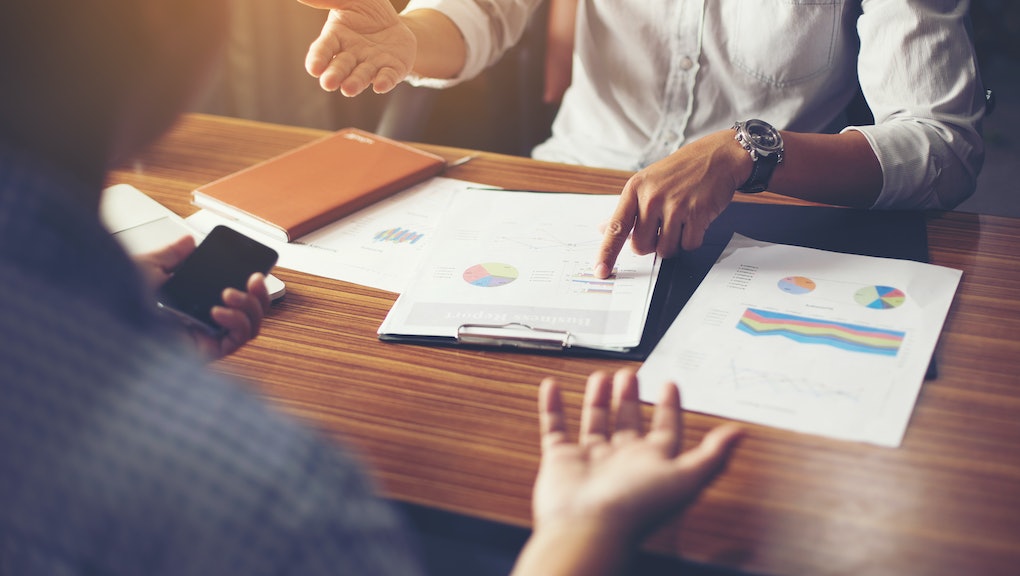 If you wanted one and only one career pointer that would help you get on the right path while you're young, it's to secure yourself a big pay bump in your first decade in the working world. Why?

Alas, raises will probably stop coming sooner than you think they will. Though there may be some exceptions in the highest-income fields, a recent study of lifetime earnings of workers between 1957 to 2013 found that pretty much all your pay hikes will come in your first decade on the job.

In fact, the authors speculate that falling raises for the majority of young people (except the few at the top) is one possible explanation for rising income inequality. That's for the very simple reason that if people aren't getting raises while they're young, they're probably not going to get many of them at all.

"The starting wage levels — age 25 or so — have been declining for males since the 1968 or so cohort and there hasn't been faster growth during their subsequent labor market years," said study author and economist Fatih Guvenen of the University of Minnesota, in an email. "These two combined implies a decline in lifetime incomes that is traced back to entry wages."

Just how much of a decline in cash? In some cases, the income gains during those first 10 years topped 60%. But across history, for those between the ages of 45 and 55, wages hardly change at all.

That's a lot of ground to cover in your first ten years on the job. Luckily, there are a few things you can do to get your salary on track, so that you don't have to stretch your dollars farther and farther as you move up the career ladder.

Here are three crucial moves to make to grow your salary.

1. Always make a counteroffer on an offer

It's a little difficult, especially when you really want the job, but you should never take a company's first offer when it comes to salary. Salary negotiations are all about perceived value — what are you bringing to the table that's going to be difficult to replace? You don't want to sell yourself short.

Of course, you don't want your first impression with your new boss to be that you're entitled or pushy, either. Write out your case beforehand and, if you're not the typical charmer, go the extra mile and practice your pitch with a friend, family member or trusted colleague. Keep a smile on your face.

Another issue to consider is what sorts of constraints you're dealing with, so you know what to ask for: Conventional wisdom holds that the bigger the company, the more likely things like the salary will be set in stone — but that means that wiggle room exists elsewhere, from paid-time-off to signing bonuses.

On the flip side, smaller companies might not offer much in the way of official perks, but won't have other employees who they'll have to give a raise to in addition to your own. Here's even more specific advice about making counteroffers.

2. Use check-ins to your advantage

If you want to angle for that promotion, at some point you're going to have to bite the bullet and ask for it; here's guidance on the specifics of asking for a raise once you have scheduled a performance review.

One idea? Keep an eye out for the things your manager, or your fellow colleagues, hate doing. All jobs have their predictable, but loathed, tasks that inevitably get pushed off until the last minute. Take one for the team and get everyone's expenses submitted, for example, or be the hero who stays late on Friday to take that phone call from the other coast.

The more it's hated, the more impressed your boss will be when you say, "No need to worry about that this month — already took care of it."

Boosting income can also be about money you get to keep — not just money you make. After all, saving cash is an easy thing to put off, especially when you assume you're going to be making more money later on anyway.

Even if that assumption were true, there's still no better time to start saving than in your early 20s. You might not have kids yet, or a mortgage. If you think saving is hard now, it's only going to get harder. So don't get used to spending more than 80% to 85% of your income, and you'll have a much easier time keeping your savings on track later on, when the stakes get higher.

There's also the matter of compounding interest to think about. An early start to saving more than makes up for being able to put away more each month. Smart moves can get you to a million dollars by retirement.