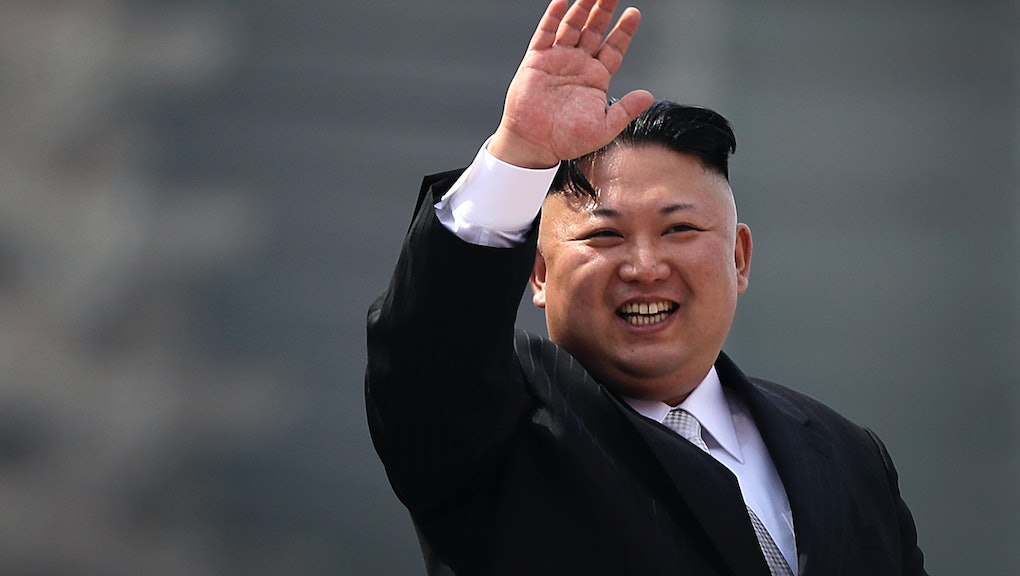 North Korea formally accused the United States and South Korea of plotting to assassinate the country's leader, Kim Jong Un, on Friday — a claim that was unusual only in the specificity of its details, according to the Associated Press.

Threatening to "ferret out and mercilessly destroy" the "terrorists" in the CIA and South Korean intelligence agency in a message that ran on state media, North Korea's Ministry of State Security said that the two countries had colluded in an attempt to use biochemical weapons against Kim.

The ministry demanded that the spy agencies apologize for the "heinous" plot and execute the agents responsible.

In its oddly specific account of the alleged assassination attempt, the North Korean government agency claimed that the two spy agencies had "ideologically corrupted and bribed" a North Korean citizen who was working in Russia to murder Kim after returning home, and accused South Korean agents of supplying money and communication to the individual to aid him in his efforts.

Although the North Korean suspect was not named in the official televised broadcast, he was identified by his surname — Kim.

In its Friday statement, the ministry also said that a "Korean-style anti-terrorist attack will be commenced from this moment to sweep away the intelligence and plot-breeding organizations of the U.S. imperialists and the puppet clique," meaning South Korea.

The alleged assassination attempt described in the ministry's message mirrors the real attack carried out against Kim's half-brother, Kim Jong Nam, in a Malaysian airport in February. That attack, according to the AP, was widely believed to have been carried out by North Korea, but the country denied any involvement.