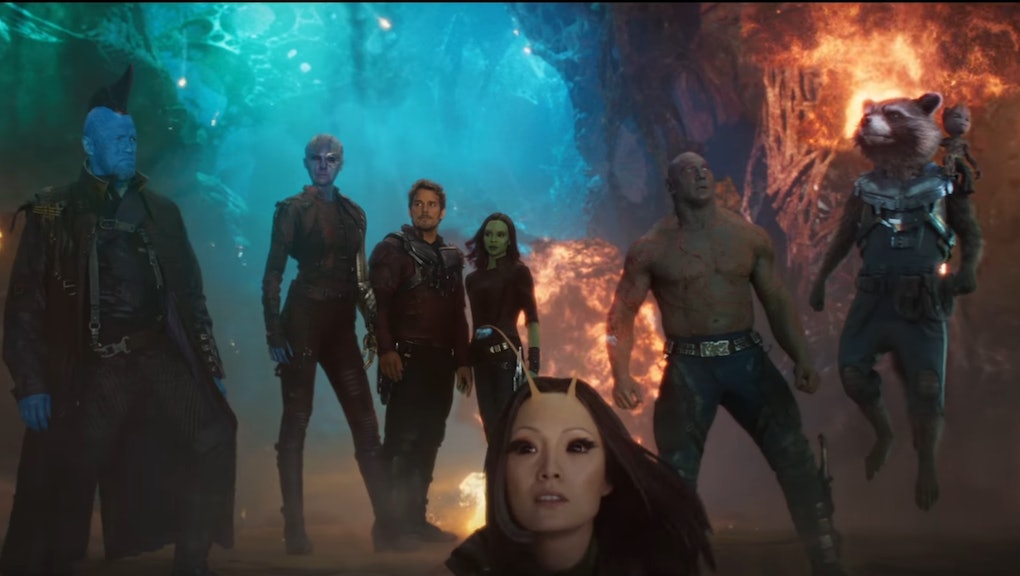 From Adam to Stan Lee, here are the 'Guardians of the Galaxy Vol. 2' post-credit scenes

Beginning with the first Iron Man — in which Nick Fury first mentions the Avengers — Marvel Studios turned the post-credit scene into something of an art form. Not only do these scenes provide an incentive for fans to sit through the credits, but they actually set up future films.

The first Guardians of the Galaxy decided to break with Marvel's tradition of using the post-credit scene to set up subsequent movies, and instead had it serve as a really cool nod to fans of the larger Marvel universe, by including Howard the Duck and Cosmo the Spacedog.

It should come as no surprise that Guardians of the Galaxy Vol. 2 includes a post-credit scene. What may be a bit more shocking, though, is that the film contains five! Some are just for fun, but others are quite important to future Marvel films.

[Editor's note: Major spoilers ahead for Guardians of the Galaxy Vol. 2.]

The final few scenes of Guardians of the Galaxy Vol. 2 were actually quite emotional, especially for a film that likely caused audiences to laugh uncontrollably throughout it. But the emotion really hits after Yondu sacrifices his own life to save Peter Quill.

Following the funeral, Peter gives Yondu's shipmate, Kraglin, his fallen captain's arrow. And in the first post-credit scene, we see Kraglin attempting to control it using Yondu's fin. Things do not go so well, and he ends up striking Drax. And that's never a good person to upset.

2. The Guardians of the Galaxy (the other ones)

Following Yondu's sacrifice, Ravagers from across the galaxy come together for his funeral. This is so touching because we learned earlier in the film that Yondu had been exiled for breaking the Ravager code. One of the returning Ravagers is Stakar Ogord, played in the movie by Sylvester Stallone.

In the second post-credit scene, Stakar is seen on the same ship as several other Ravagers. As it turns out, these are members of the original Guardians of the Galaxy. That team, which may appear in future Marvel films, includes Charlie-27, Aleta, Martinex, Mainframe, Krugarr and, of course, Stakar.  In the comics, Yondu was also once a member.

One of the highlights of Guardians of the Galaxy Vol. 2 is Baby Groot. And it wasn't just his size that earned him that name, but his demeanor. Now, though, it looks like Groot will not be a baby for much longer. In yet another post-credit scene, Quill walks in on Groot (now a teenager) playing video games.

It appears he is going through a bit of a teenage angst phase, because he has left his room a mess and is generally dismissive of Peter, whom he sees as an authoritative figure. It will be interesting to see whether Groot has fully grown up by the time Infinity War rolls around.

This is really the most important of the post-credit scenes. After failing to defeat the Guardians, Ayesha, the high priestess of the Sovereign race, decides to create a powerful being to track them down. All we see is a technological cocoon, but Ayesha says she will name the creation inside "Adam."

It is pretty clear that this will end up becoming Adam Warlock, a powerful character in the Marvel universe, and a onetime member of the Guardians of the Galaxy. James Gunn recently told Slash Film that Warlock will appear in subsequent Marvel films, after cutting him largely from the Vol. 2 script.

The bigger question, is whether he could show up in Infinity War (Gunn has stated that he will not). It at least would make sense, as Adam Warlock is closely associated with the Infinity Gems, specifically the Soul Gem.

Stan Lee appears not once, but twice in Guardians of the Galaxy Vol. 2. His second appearance, which just builds on his first, shows him finishing telling stories (in space) to a race of aliens known as the Watchers. As the aliens turn to leave, Lee realizes that he has no ride home — oops.

Guardians of the Galaxy Vol. 2 is now playing in theaters.