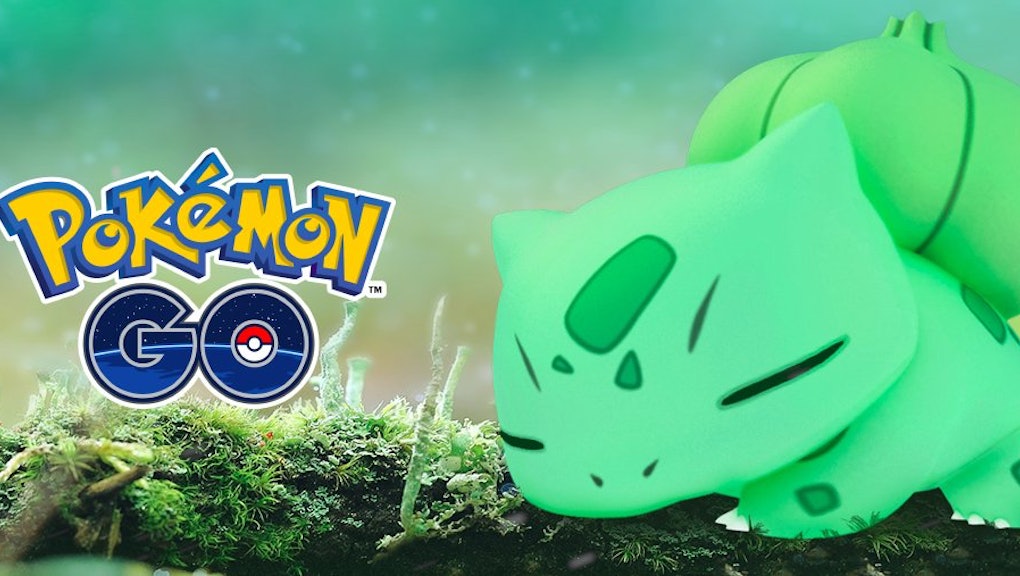 Pokémon Go players have been itching for shiny Pokémon for a long time, but we haven't heard much about them since Golden Magikarp and Red Gyarados debuted during the Water Festival and Niantic announced they were here to stay. However, a promo image for a new weekend event may have just spilled the beans on Pokémon Go's shiny starter — Bulbasaur.

Read on for the full scoop.

In a Twitter announcement for the "worldwide bloom" weekend event starting on Friday, the official Pokémon Go Twitter included an image of a Bulbasaur sleeping on a mossy tree:

It didn't take long for the Silph Road to notice that the coloration of the Bulbasaur on the banner was a little different than the one that's in-game, leading to speculation that what players were actually getting was a preview of a new shiny Pokémon. Pokémon Go Hub even went so far as to break down the colorations of a regular and shiny Bulbasaur to prove that this promo image might represent a preview of sorts. This information was later posted on Pokémon Go Hub's Twitter account as well:

Of course, until someone catches a shiny Bulbasaur, this is all just speculation. Some fans think that this doesn't prove anything because the bulb appears to be miscolored from what is technically the correct color for shinies as well. Regardless, even the barest hint of a shiny Pokémon is enough to get everyone all excited about it. Until someone actually posts confirmation that they've caught a shiny, Bulbasaur however, it pays to be paranoid with news like this.