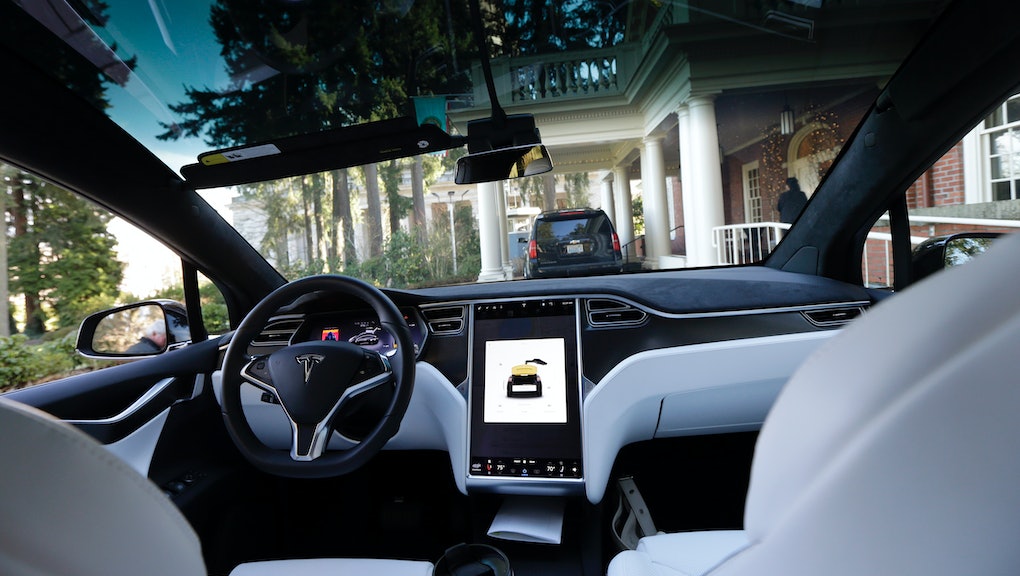 Self-driving cars are a viable reality in the not-so-far-off future. In order to dramatically alter transportation, autonomous vehicles need to be embraced by consumers and businesses. But that shouldn't be a problem, according to an optimistic new report by independent research group RethinkX.

The report further envisions the success of self-piloting cars to impact other industries by diminishing the need of new car production, auto insurers, repair shops and even a decline in global oil production. The Drive notes, however, that several factors (like, government, economics, and environmental variables) can hinder autonomous vehicles from being adopted at such a scale.

While RethinkX expects this future to be set in 2030, there's no telling when the government will give approval to a Level 5 self-driving car that can handle all driving tasks without a human. The federal government released the first guidelines outlining safety standards and rules for automated vehicles in September.

Self-driving cars could change the world

In a perfect world, a future dominated by self-driving vehicles can come with several advantages, from environmental benefits to human safety. But these anticipated perks are not necessarily guaranteed.

As for safety, road traffic accidents are a leading cause of death in the United States. Data from the National Safety Council reveals 40,200 lives were claimed in motor vehicles crashes last year — this is a 6% rise from 2015 and a 14% spike from 2014. The financial cost of accident-related deaths, injuries and property damage in 2016 comes to $432.5 billion, the NSC reports. In this context, the case for autonomous driving is clear: self-driving cars have the potential to reduce accidents, save lives and prevent financial loss. Yet, while some reports estimate driverless cars could potentially reduce road accident-related deaths by 90%, the counter-case has been made that a comparison is near-impossible due to a lack of data.

Even so, it comes with one definite advantage: it's easier on human drivers.