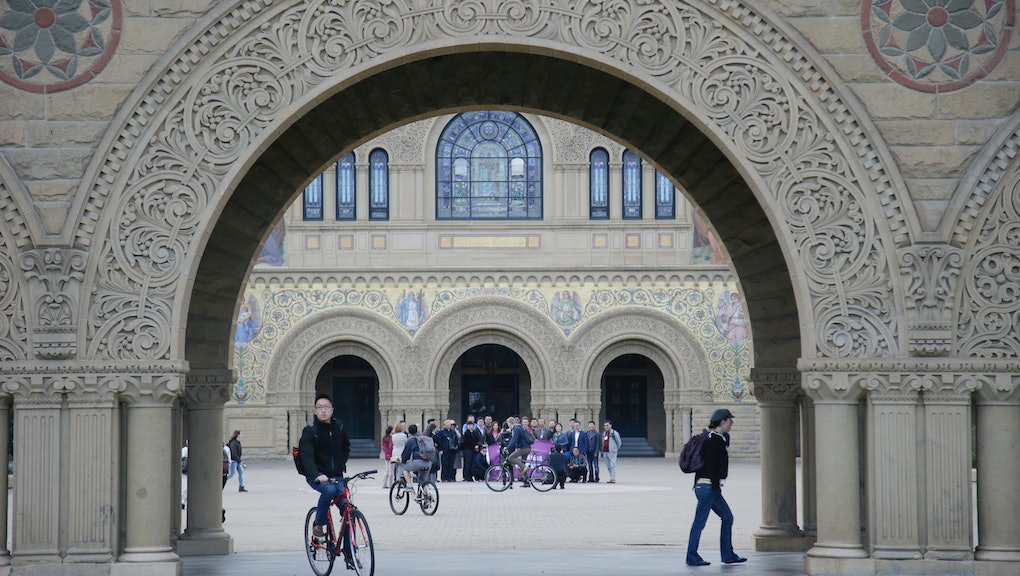 Stanford University is experimenting with a new online platform that could make it easier for students on campus to report gender-based violence.

On Thursday, the university announced it has launched Callisto, a site that gives students a safe, private space to document their experiences with assault or domestic abuse before deciding whether to report them through Stanford's official channels.

Students can still report incidents to the school's Title IX office, but there are certain advantages to using Callisto instead.

In the immediate aftermath of an attack, survivors may be unsure if they want to bring their allegations to authorities. If they decide months later to file a report, details of the event may be hazy and they may lack evidence they would have had earlier. With Callisto, students can make multiple time-stamped entries that the system will hold for them until they're ready to make a report, if they choose to do so.

The site also tells users if another student has entered information involving the same perpetrator.

"The structure of Callisto aims to provide agency to survivors of sexual assault and relationship abuse, giving them options as they think through these very difficult issues," campus administrators wrote in an email to students, noting that the university would sign onto a three-year trial period with the site.

Some might say the college's new system isn't just welcome, but necessary after a turbulent year of sexual assault on Stanford's campus.

Former Stanford student Brock Turner put the university in the spotlight in June when Judge Aaron Persky sentenced him to just six months in jail for assaulting an unconscious woman behind a dumpster. Turner only ended up serving three of them.

Months later, another woman came forward reporting that a male student had raped her in her Stanford dorm room. And in December, a female professor spoke out about the school allegedly retaliating against her for reporting that she'd been sexually harassed and assaulted by a fellow professor at the university.

Also in December, a Stanford football player was permitted to play in the university's Sun Bowl game even though three out of five members of the university's disciplinary board agreed he was guilty of sexual assault.

"We hope to see improvement in Stanford's past record of low reporting and weak enforcement," the professors wrote at the time. "Improving Stanford's adjudication procedure is an urgent matter that affects both gender equality and campus safety."