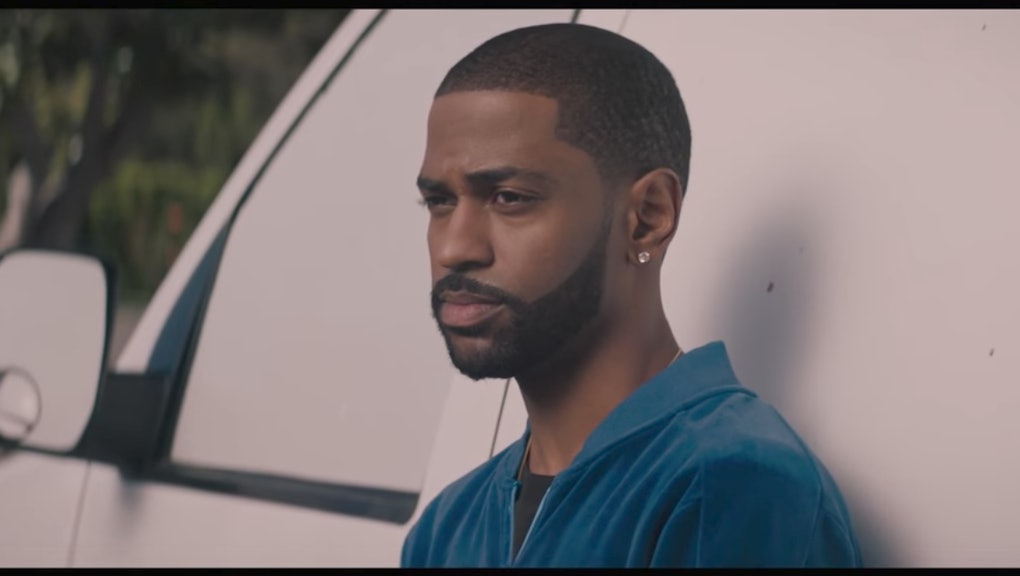 Friday night, Detroit rapper Big Sean unveiled the music video for "Light," featuring Jeremih, in what is a powerful statement against senseless violence. The video, directed by Lawrence Lamont, sees the rapper as an angel-like figure who witnesses three violent, and unnecessary, acts of violence.

The first is a young girl becoming an innocent bystander to a gang shootout, followed by two black teens gunned down by policemen and a woman wearing a hijab stabbed at night while leaving a building. In all three instances, an ethereal light envelops the victims as the rapper leads them to a white van. At the end of the video, the victims ascend to heaven, at peace.

In a statement released alongside the "Light" video, and subsequently shared on Twitter, the rapper laments how timely the video feels — even this week. Sean is ostensibly alluding to the tragic shooting of 15-year-old Jordan Edwards at the hands of a Balch Springs, Texas, policeman.

"We shot this video a couple months ago and sucks to see these scenes are still consistently playing out in real life ... even down to this week. It's disheartening sometimes to see that not much has changed when it comes to hate, police brutality n just overall people losing their lives too early. But when I wrote this song, it was to reassure myself that no matter what happens, they can't take away our Soul, our confidence, our ideas, n all that makes us shine. This song isn't a single but is still super important to me, so I paid for a lot of this outta pocket to make sure we got this out. Rest in peace to all those who have lost life due to senseless actions. As I always say, each one of us have the power to make a change, it starts within ... the inner Light."

You can watch the powerful video for "Light" below: