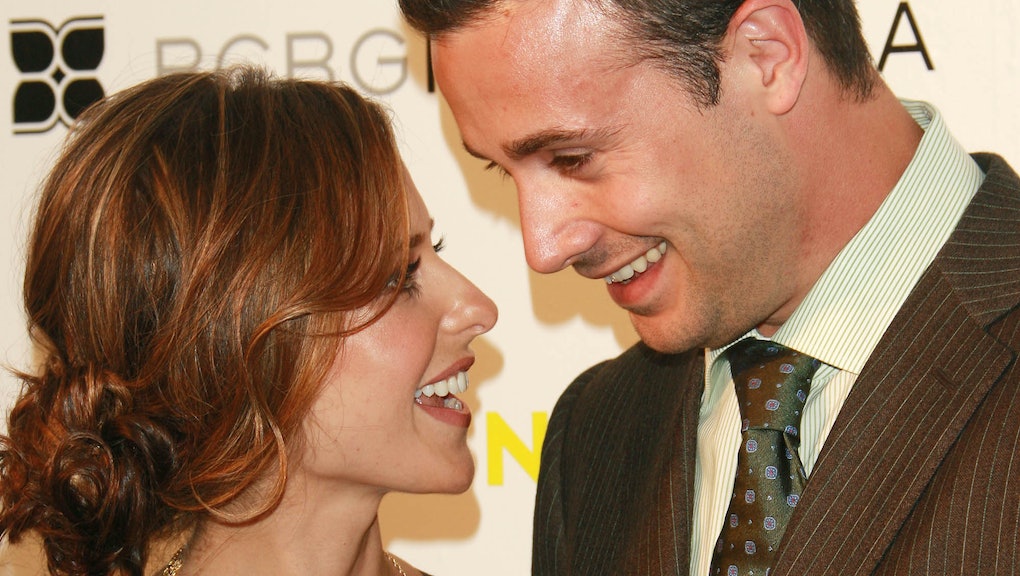 Freddie Prinze Jr. has the perfect response for when people find out he never watched 'Buffy'

One might assume that Freddie Prinze Jr. has seen Buffy the Vampire Slayer considering his real-life wife, Sarah Michelle Gellar, played the fictional chosen one for seven years (including when they began dating). But that assumption would be incorrect.

"I've never seen the show," Freddie said in an interview with Mic. "And people freak out when I say that." His reasoning: "I'm pretty sure I wasn't the demographic for Buffy. I was a 22-year-old who was into martial arts and video games and surfing. But I was on the set a lot because we were friends and when we started dating I obviously would go and visit a lot."

So he hasn't seen a single episode of the series often regarded as one of the best television shows of all time? Not quite. Phew.

"Years later, my wife had me watch the silent episode and the musical episode (because Hinton Battle is in it and she knew I liked Hinton, who I knew through Dule Hill). Those are the only two episodes I've seen so you can pick one of those as my favorites."

Prinze had the perfect response to those questioning his lack of Buffy-verse knowledge. "People sometimes say 'How dare you?' when they find out I've never really seen it, but she married me, not a fan, think about it."

Having thought about it, I'd like to at least recommend a few of your wife's best performances throughout the series, in the event you ever change your mind:

Freddie, I'm happy to provide you with my Hulu password — and offer up more episode suggestions once you get through these.