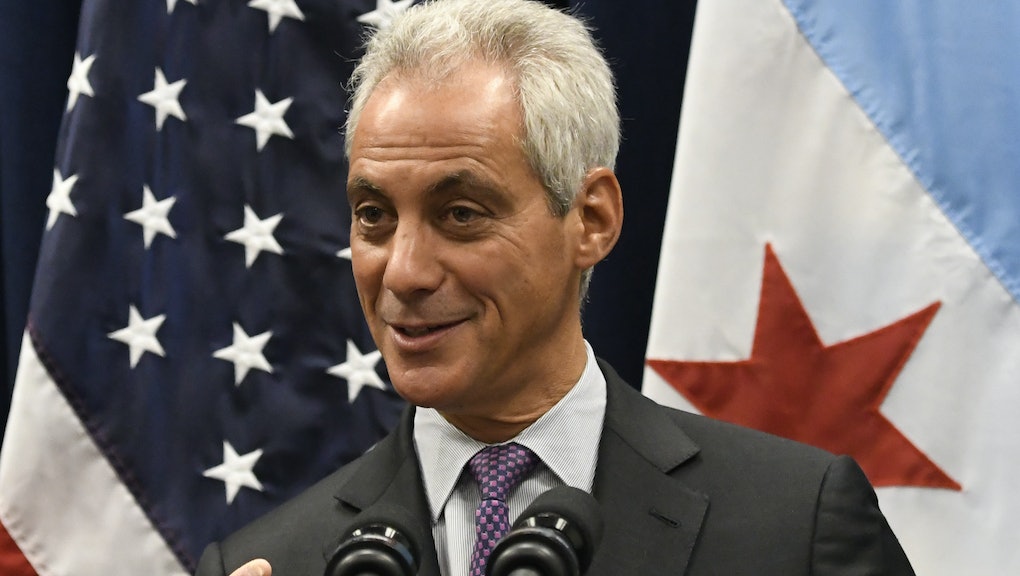 The city this weekend added a new climate-change page to its website, and if it sounds familiar it's because the information on it comes from the climate page the Environmental Protection Agency used to have — until the Trump administration deleted it last week.

"While this information may not be readily available on the agency's webpage right now, here in Chicago we know climate change is real and we will continue to take action to fight it," the page reads.

Trump — a climate-change doubter who installed a man who has long battled the EPA to run it — rolled back Obama-era environmental initiatives. And before becoming president, he made the preposterous claim that global warming is a "hoax" created by China.

By contrast, Emanuel — who previously served as former President Barack Obama's chief of staff — has been a proponent of the Illinois Clean Jobs bill and the Clean Power Plan, which Trump killed in March.

"The Trump administration can attempt to erase decades of work from scientists and federal employees on the reality of climate change, but burying your head in the sand doesn't erase the problem," Emanuel told Politico.

Emanuel told Politico he plans to expand the page in the coming weeks and hopes that other cities will join Chicago in preserving the information being deleted by the Trump administration.