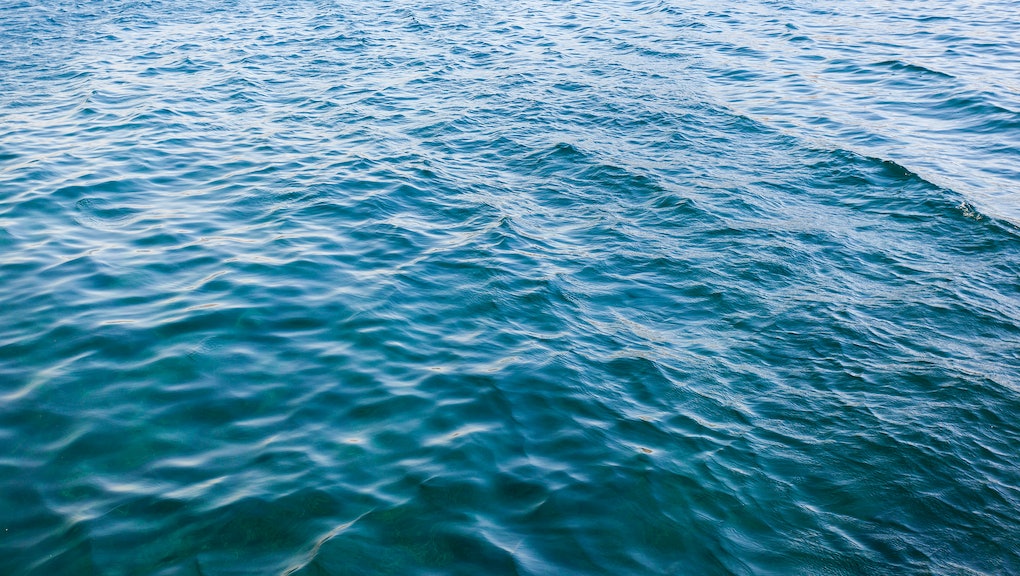 When you accidentally drink seawater at the beach, this is what you're swallowing

If you've ever been swimming in the ocean and accidentally swallowed some water, it turns out you got a mouthful of more than just water and salt.

Photographer David Littschwager captured the actual contents of the ocean's water by magnifying the "contents of one dip of a hand net" 25 times — and apparently there's a lot hiding in there that the naked eye can't see.

In an interview with JellyWatch, as quoted by Colossal, Littschwager explained the concentrated sample, which he captured off of Kona, Hawaii, is made up of just a few drops of water:

The magnification was 2x life size, meaning that the actual frame size was a half inch high, so depending on how big the image is on your screen you can calculate the magnification as you see it. To keep as much focus as possible the sample is in as little water as possible just covering the bottom of a 60mm petri dish. That takes about 15 drops of water, but you are only seeing a very small portion of the total sample.

But in that tiny amount of water, there's a lot to be found. According to Dive-Shield, which broke down the photograph's contents, here are just some of the things you may have accidentally swallowed at the beach: marine worms; cyanobacteria, which help to produce oxygen; crab larvae; copepods, a shrimp-like crustacean that many fish eat; fish eggs; and chaetognaths, a predatory form of plankton that, in some cases, can inject paralytic venom.

So next time you're swimming at the beach, maybe try and keep your mouth shut.

This article was originally published on May 7, 2017