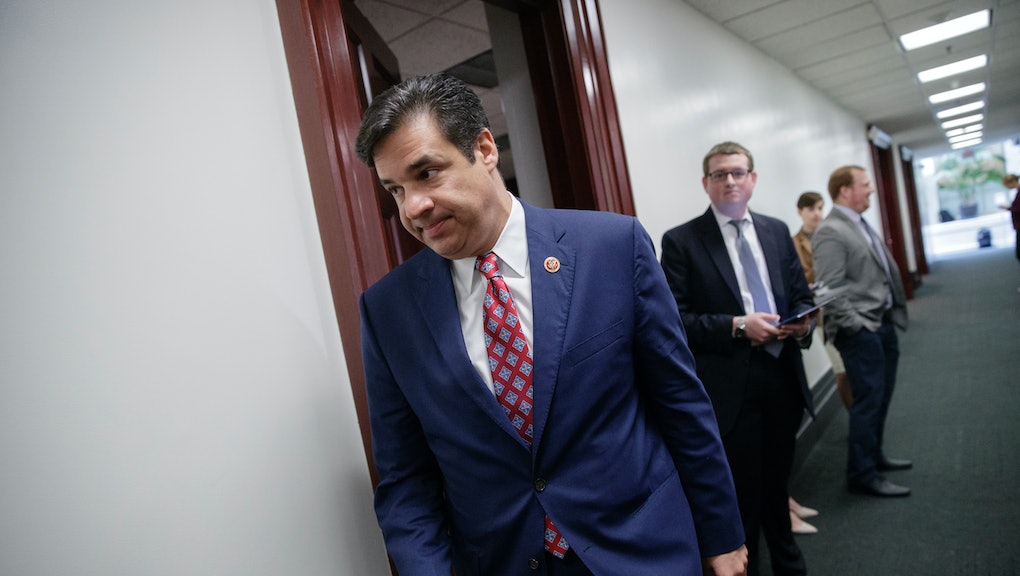 GOP Rep. Raul Labrador, who was booed by constituents at Lewis-Clark State College in Lewiston, Idaho, on Friday for saying "nobody dies because they don't have access to health care," admitted on Saturday that his statement wasn't "very elegant" — but his attempt to undo the damage is not likely to win many of his critics over.

In a statement on Facebook, Labrador clarified he simply meant the Republican plan to repeal and replace the Affordable Care Act with a plan that would likely see tens of millions lose health insurance did not change rules requiring emergency rooms not to send patients away to die in the street.

"In a lengthy exchange with a constituent, I explained to her that Obamacare has failed the vast majority of Americans," Labrador wrote. "In the five-second clip that the media is focusing on, I was trying to explain that all hospitals are required by law to treat patients in need of emergency care regardless of their ability to pay and that the Republican plan does not change that."

Labrador's statement is unlikely to change anyone's mind. For one, he issued the clarification late Saturday evening, long after his remarks had gone viral nationwide and seemingly affirmed the widespread perception Republicans have little interest in who is harmed by the legislation.

Two, everyone is aware that Republicans are not proposing emergency rooms throw gunshot victims out to die in the streets. The woman Labrador was addressing had specifically accused him of supporting a bill "mandating people on Medicaid to accept dying," a reference to the legislation's extensive cuts to the federal program, which subsidizes health care costs for people with incomes up to 133% of the poverty line.

The emergency room is simply not a replacement for many Medicaid services, which include everything from pregnancy care and prescription medication to cancer treatment. Attempting to use the emergency room as a replacement for regular health care services is a very bad option, one which can result in nightmarish outcomes, like spending one's dying days in pain waiting for countless hours just to receive cancer drugs they could not afford elsewhere. So Labrador did not really address the substantive issue at hand, and probably shored up the original perception that he was telling sick people to go eat cake.

Labrador's ordeal is not likely to ease Senate Republicans' anxiety about the House plan, which Senate Majority Leader Mitch McConnell has already said will not be considered without another Congressional Budget Office report.