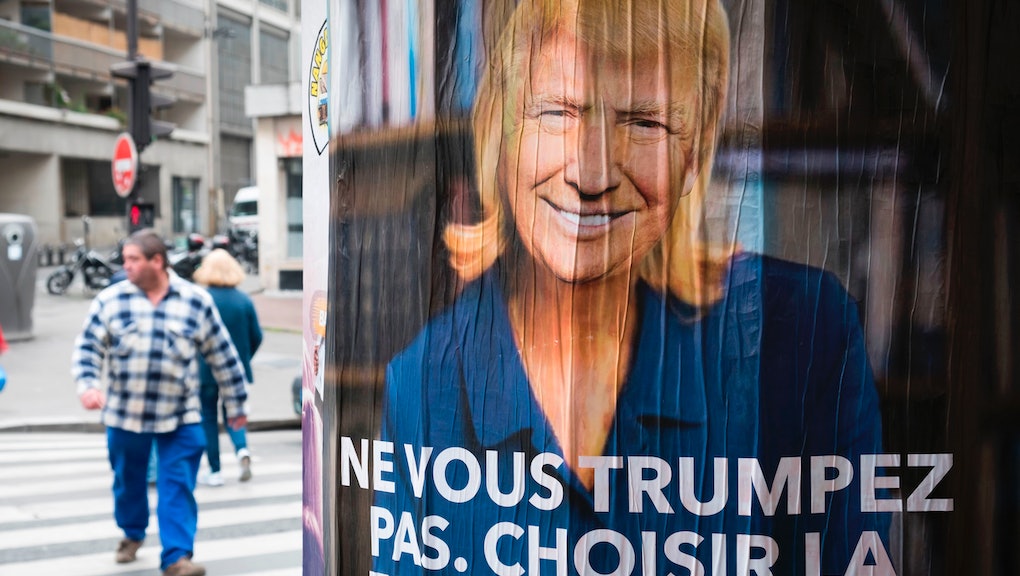 Earlier on Sunday, centrist candidate Emmanuel Macron handily defeated Marine Le Pen, the far-right nominee of the National Front, by a projected 30-point margin in the French presidential election, stalling the rise of far-right European nationalism in recent years and giving the continent's liberals some much-needed breathing room after scares like Brexit.

Scores of Twitter users have taken to congratulating the French electorate for rejecting Le Pen — and, specifically, for not making the same mistake as the United States did in its own recent presidential election.

Donald Trump-Le Pen comparisons abounded on the social networking site, with the difference being that this time, the right-wing candidate went down.

Of course, not everyone was entirely satisfied. Some warned the situation remained precarious, with Le Pen growing the standings of the National Front significantly.