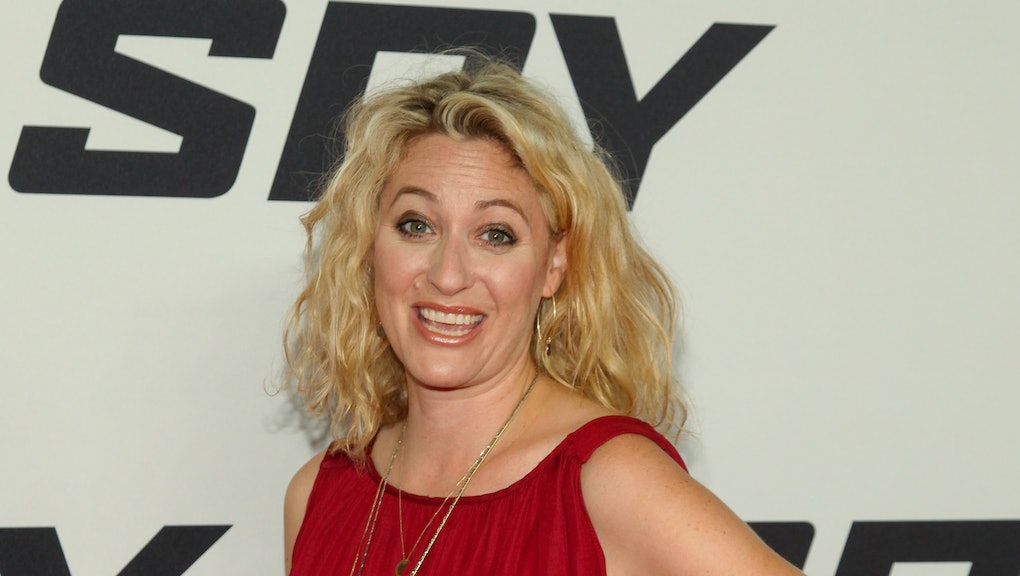 Hollywood casting is, frequently, a mystifying thing. While people in their mid-to-late 20s might be young enough to play teens, 43-year-old actress Jamie Denbo is, apparently, too old to play a woman roughly her own age.

In a very satisfying Twitter rant, Denbo — who plays Ginsberg on Orange Is the New Black — shared a recent experience with industry ageism.

"I was just informed that at the age of 43, I am TOO OLD to play the wife of a 57-year-old," Denbo tweeted, adding that the couple being cast was supposed to have an 18-year-old daughter. "The real wife of the 57-year-old actor is EASILY AT LEAST 50. But this fucker wants to be TV married to a 38-year-old — TOPS."

"This is a FIRST marriage, btw," she added. "Not a re-wife. Which would make a little more sense."

Hollywood is infamous for its sidelining of older women. A recent study from USC Annenberg School for Communication and Journalism — which analyzed 25 Oscar-nominated films released between 2014 and 2016 — found that just 11.8% of speaking parts went to people aged 60 and over. Of those roles, 77.7% went to men; regardless of gender, 89.9% of senior characters were white, according to the study.

The TV and film industry seems reticent to put women of a certain age onscreen, especially if they're women of color. Compounding an obvious problem, age standards seem to be sinking, if Denbo's tweets are any indication. Her ultimate message, then, is timely.

"FUCK HOLLYWOOD," she tweeted, before delivering a final blow: "Old white men, enjoy your last run. We are all fucking done with you lizards."