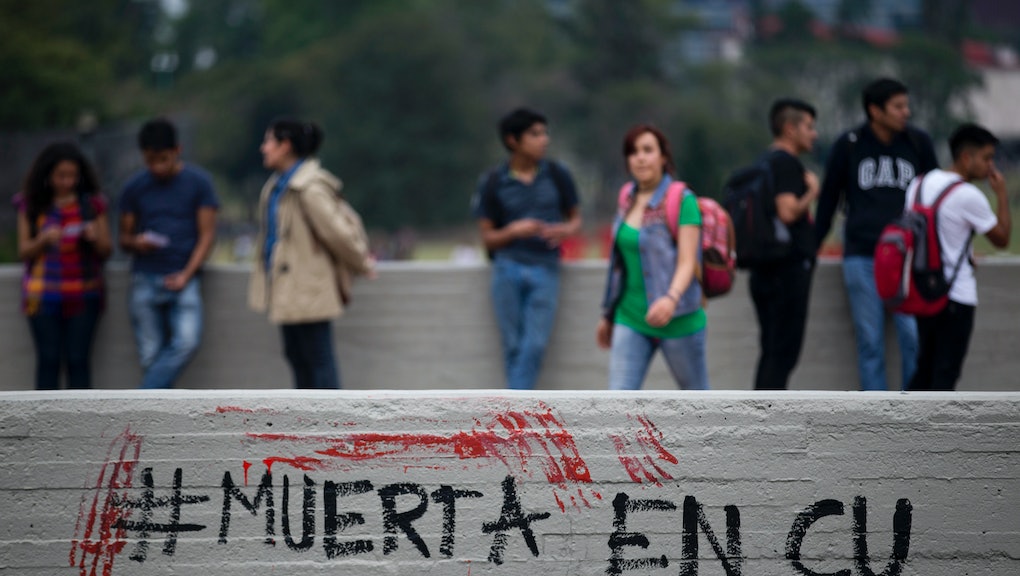 Mexico City prosecutor's office blames woman for her own murder

A young woman in Mexico City was violently killed on her university campus on Wednesday. Prosecutors chose to pin the blame on her, prompting fierce criticism of the way Mexico treats violence against women.

Lesvy Berlin Osorio, 22, was strangled to death with a telephone cord on Wednesday. She was found on the campus of Mexico's National Autonomous University with her hand still wrapped around her dog's leash.

According to the Washington Post, Osorio's boyfriend said she'd been out with friends that night, and that the couple had quarreled before going their separate ways. Osorio's boyfriend is the main suspect in her death, though the possibility remains that she was killed by someone else or that her death was a suicide.

Instead of focusing on the grizzly nature of the young woman's death — or who could have strangled her — prosecutors took to social media to share incriminating personal details about the victim. According to El País, the Mexico City prosecutor's office described Osorio on Twitter as "an alcoholic and a bad student." They said she "was shooting up with some friends" and that she "had left home and was living out of wedlock with her boyfriend."

Prosecutor Rodolfo Rios has since ordered that the tweets be removed, noting that "the behavior, private life or social status of a victim should never affect an investigation," according to El País. But that apology couldn't quash swift backlash in the form of a viral hashtag: #SiMeMatan, or "if they kill me."

"#SiMeMatan I hope the police (and the media) focus on my killer and not my clothes, my studies, my job or who I go to bed with," one person tweeted.

"Simematan will say it was because: I went out with my boyfriend, alone, at night, in [a] dress, with heels, I painted my nails, I drank, I smoked, I WERE WOMEN," another wrote.

"#SiMeMatan and I'm drunk and alone on a dark street, I won't be made guilty of my own murder because I am not a woman," another tweeted.

As the Los Angeles Times reported, protesters swarmed the UNAD campus Friday demanding authorities call the murder by its real name: femicide. Between 2013 and 2014, a reported seven women were killed daily in Mexico. According to Vice, the female homicide rate in 2013 was 35 for every 100,000 residents. While the government issued a "gender alert" to address the problem in 2015, as Vice reported, that hasn't done much to curtail femicide.