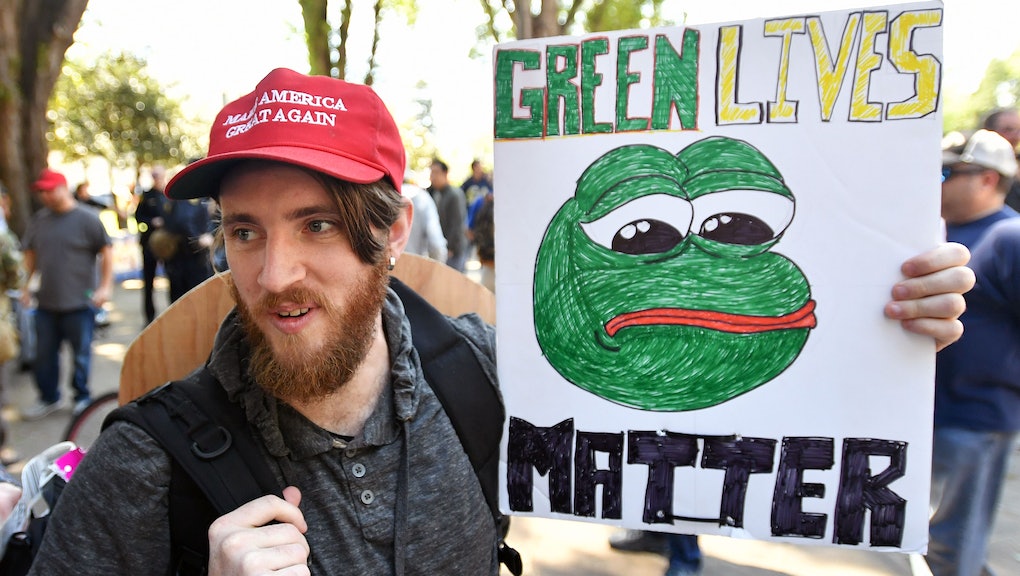 Pepe the Frog — the benign internet character who became an unwitting mascot of the alt-right — is dead.

Artist Matt Furie, who first drew Pepe for his Myspace blog in 2005, laid the problematic toad to rest on Sunday as part of a special edition strip created in honor of Free Comic Book Day. In the panel, Pepe is depicted in a casket at his own funeral.

During the 2016 presidential election, Furie's character was coopted by the quickly proliferating ranks of the alt-right movement. Pepe, whose slogan had once been, "feels good, man," soon became synonymous with aggressive online trolling, antisemitism and the rampant racism that populates the dark corners of the internet's meme cellars.

As Mic previously reported, Pepe's customizability made it easy to create hundreds of different versions of the meme that all functioned as hate symbols — a characterization that the Anti-Defamation League made official last year, and one of the things that made Furie all the more horrified at what his creation had become.

"It's a nightmare, and the only thing I can do is see this as an opportunity to speak out against hate," Furie wrote in Time in October.