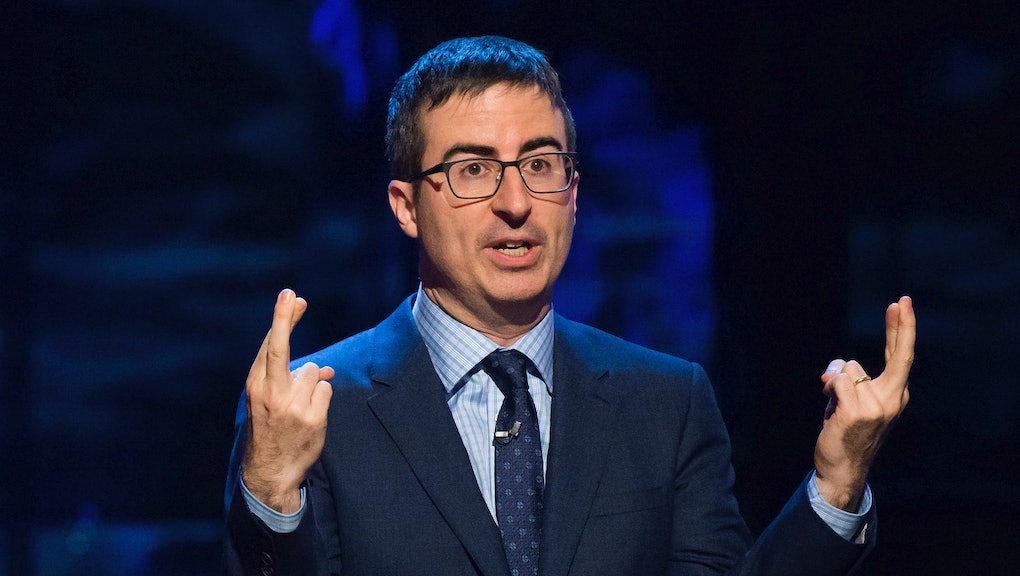 Net neutrality is a difficult concept to understand. At its core, it's the principle that internet service providers (like Comcast, AT&T and Verizon) should give consumers equal access to all legal content and applications without favoring or blocking particular sources. But where does it really stand, particularly under the Trump administration?

Simply put, it's at risk. And John Oliver is here to save the day.

Under the Obama administration, the FCC reclassified broadband internet as a common carrier under Title II of the Communications Act. Since common carriers cannot "make any unjust or unreasonable discrimination in charges, practices, classifications, regulations, facilities or services," according to the Daily Dot, this means ISPs cannot interfere with the internet and its legal content transmission.

What the FCC chairman wants

President Trump appointed Ajit Pai as FCC chairman upon entering office. Pai, a former Verizon lawyer, vowed to take a "weed whacker" to net neutrality regulations. He even wrote a 67-page dissent statement against it when the regulation was originally being voted on.

Last month, Pai announced his intention to roll back the Obama-era regulation. The FCC will vote on Pai's proposal to repeal existing regulations later this month and there will be a final vote at the end of the year. In between the two votes, the public is allowed to comment and weigh in.

In Sunday's episode of HBO's Last Week Tonight, Oliver called on viewers to call the FCC and comment on its website to urge them to keep the current net neutrality policy. In his typical fashion, the comedian broke down what net neutrality is while taking on Pai, the FCC and the hypocrisy lurking around Verizon's stand on it.

"Net neutrality is about more than just speed," Oliver explained. "At its heart, it's about the principle that internet service providers, or ISPs, like these guys, should not be able to engage in any sort of [nonsense] that limits or manipulates the choices you make online. It also helps ensure a level playing field, so the big companies cannot undermine small companies before they can take off."

Oliver pointed out that leaving a comment on the FCC website is more convoluted than it needs be. Thus, Oliver and the show created a website called gofccyourself.com to streamline the process.

"Every internet group needs to come together like you successfully did three years ago," Oliver said. "Every subculture must join as one. Gamers, YouTube celebrities, Instagram models, and even Tom from MySpace, if you're still alive."

Oliver's mission seems to be having an impact, as the FCC website crashed shortly after the segment. This isn't the first time Oliver has taken on net neutrality: In 2014, he asked viewers to comment on the FCC's website in support of net neutrality and crashed the FCC's servers.