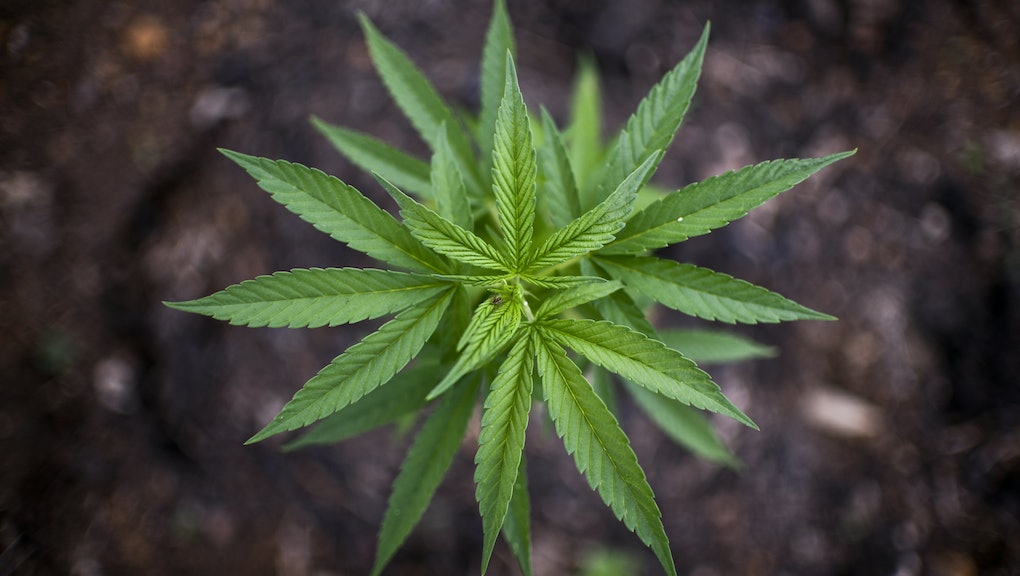 Could marijuana hold a key to keeping our brains forever young? Science is starting to find out.

Much of the national debate over marijuana concerns keeping it out of children's hands — and for good reason. There are many indications that weed can impair the developing adolescent brain, and some research holds that the sooner kids start smoking, the more problems they'll have down the line.

But what does cannabis do to the elderly brain? The question is far less explored, though given the expanding access to marijuana for medical reasons and a noticeable uptick in the number of older marijuana users, scientists have begun to turn their attention toward this age group.

Most recently, a coalition of researchers from Germany and Israel published a study in Nature Medicine that examined the different effects of tetrahydrocannabinol, the psychoactive compound in weed that's also known as THC, on young and old mice.

Their findings were provocative: A low dose of THC, they reported, "reversed the age-related decline in cognitive performance of mice aged 12 and 18 months." They traced this change to a shift in gene expression — the way that our DNA codes are transcribed and translated into proteins and other molecules. According to the study, "the expression profiles of THC-treated mice aged 12 months closely resembled those of THC-free animals aged 2 months," as if the older mice's brains were getting younger.

The experiment focused on learning, spatial skills and memory. While older mice typically did not perform as well as young ones in mazes or with location-recognition tasks — an outcome consistent with the decline of brain function in aged individuals — they performed just as well as their younger cohort under the influence of THC. Meanwhile, younger mice given doses of THC demonstrated worse performance, more in line with that of average old mice.

"Thus," the researchers optimistically concluded, "chronic, low-dose treatment with THC or cannabis extracts could be a potential strategy to slow down or even to reverse cognitive decline in the elderly.” They hope to launch a clinical trial on humans sometime this year to further assess that possibility. "If we can rejuvenate the brain so that everybody gets five to 10 more years without needing extra care then that is more than we could have imagined,” said lead author Andras Bilkei-Gorzo at the University of Bonn, the Guardian reported.

"Chronic, low-dose treatment with THC or cannabis extracts could be a potential strategy to slow down or even to reverse cognitive decline in the elderly.”

The findings have implications that reach far beyond a little boost in brain power. The scientists noted that the endocannabinoid system, a network of receptors throughout the body that responds to the cannabinoids in marijuana, "modulates the physiological processes underlying aging." By targeting this part of ourselves for therapeutic treatment, we could theoretically guard against illnesses of cognitive deterioration including dementia. The study revealed, for example, that THC-treated old mice create more transthyretin, a protein "that is thought to be protective against Alzheimer’s disease."

Of course, there's still a lot we don't know about THC: The prohibition of weed at the federal level creates a significant obstacle to studies like these. And what's good for a mouse isn't necessarily good for your grandparents. But as more of these barriers crumble and fall, we may begin to discover benefits of medical marijuana that even its proudest advocates couldn't imagine.