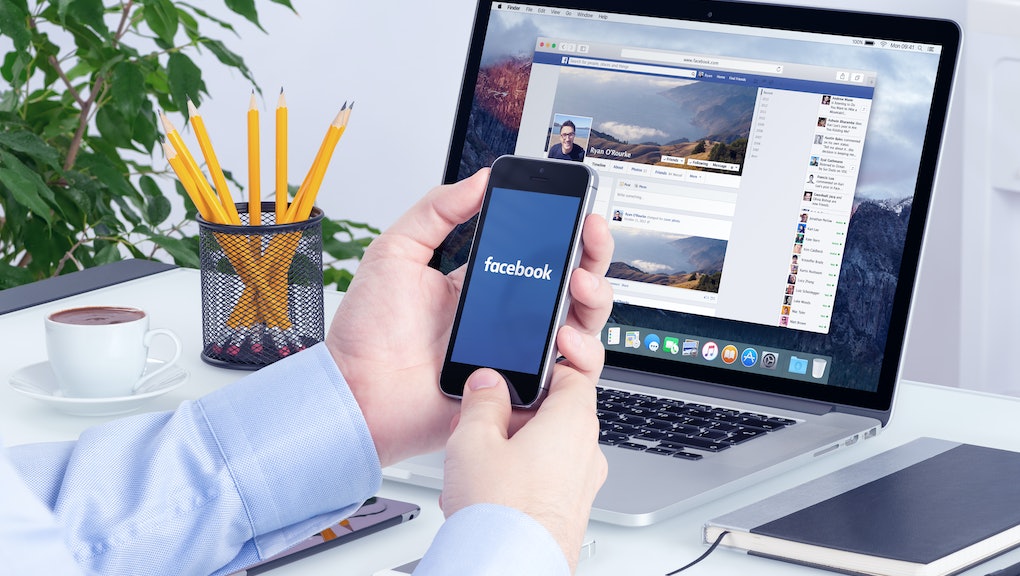 Those of us who have been on Facebook over 10 years can remember a time when the Facebook experience was defined by a singular feature: the Wall.

Wall posts were an outlet for inside jokes, heartfelt messages, ASCII art, silly reminders, flirting and (naturally) drama. When I first joined Facebook, I would log on several times a day just to check what new messages friends had publicly posted to my wall.

In September 2011, at the company's annual F8 conference, Mark Zuckerberg announced the new Timeline format for Facebook pages and, technically, killed off the Wall. But for a short time, many users, my friends and myself included, continued to post regularly on one another's Timelines.

But now, Facebook Wall posts have become a faux pas

Over the past several years, those posts have faded to almost zero, and the ones I do receive make me cringe. I'm not alone in noticing this.

When I recently posted about the topic on Facebook, friends spoke about how their Timelines, once brimming with direct messages from friends, are now barren — aside from birthday messages or occasional links or photos they've shared to their feed.

Posting on someone's Wall is seen by many as weird, invasive and sort of passé. With so many other, more private ways of messaging, Wall posting has become more performative and less personal.

Posting on someone's Wall is seen as weird, invasive and sort of passé.

"The Wall is the average person's only personally curated space online, so posting on someone's Wall is almost always a faux pas — unless you have a close personal relationship with them," said Sarah, a web developer in NYC.

"I feel there's an unspoken etiquette that [Wall posting] is a 'birthday-only' thing now," one co-worker said.

"Someone posted on my Wall recently after accepting my friend request and it surprised me so much that I didn't even respond," another co-worker said.

"Writing on my Wall feels intrusive," said Zoe, a 29-year-old in Brooklyn, who said that she has come to resent her estranged father's regular Wall posts. "It's weird to do instead of just sending a text or email or message. For him to write on my Facebook Wall seems performative, like it's for other people. It's like, 'I have a claim on you.'"

Sahil Kapur, a journalist in Washington, D.C., echoed Zoe's sentiment: "Posting on someone's Wall is more about public consumption than a real conversation. The wall did have a certain appeal when Facebook was a tighter-knit community of college students, but that changed."

Kristal Bergfield, a platform consultant in New York City, said Wall posts now just feel spammy: "It's kind of annoying when I see people post things to people's Walls, like, 'Hey, Taylor! Great to see you on FB!' You're like, 'Ugh. Learn how to use Messenger and get out of my feed.'"

"Every hacked Facebook account seems to post on other people's Walls right away. It's a spammy move," said Ted Sink, a lawyer in Charleston, South Carolina.

Almost everyone I spoke with agreed that Facebook's transformation to the more recent Timeline format spelled the beginning of the end for the Wall.

With the change, users could more readily scroll through a friend's old posts, unearthing potentially awkward public Wall exchanges. This led some users — myself included — to lock down their privacy controls and limit who could post on their pages.

The Timeline rollout also made Facebook a more image-focused and visual platform. It was around this time that images began to dominate the feed and text-based statuses fell by the wayside.

In April 2012, Facebook bought Instagram for $1 billion in order to provide "the best photo sharing experience." In July 2012, Facebook announced that users were uploading "an average of more than 300 million images to Facebook every day, making photos a core part of the Facebook experience."

Between 2013 and 2014, the amount of status updates people posted on Facebook had dropped, according to digital marketing agency Stone Temple. And by February 2015, more than one-quarter of Facebook users were signing in and not doing anything but browsing, according to the GlobalWebIndex.

This could be because sharing of original, personal content on Facebook declined by 21% between mid-2014 and mid-2015, and by 15% between April 2015 and April 2016, according to the Information.

Facebook addressed this decline in the sharing of personal content as "context collapse." As users' networks ballooned and their feeds became crowded with an ever growing pool of links and multimedia content from brands, who could blame them for not sharing? What's the point of writing on a friend's Timeline or posting a status update when it won't be seen?

What's the point of writing on a friend's Timeline or posting a status update when it won't be seen?

Though Facebook Messenger is a behemoth at 1.2 billion daily active users, the type of cryptic and spontaneous communication that happened on the Facebook Wall is all but absent from its flagship app.

Facebook has tried to recapture some of that spontaneity with Stories, its Snapchat clone, but virtually no one is using it. Ultimately, the feature is a broadcast mechanism, not public one-to-one messaging.

The company has also juiced up status updates with bold backgrounds and eye-catching colors, essentially turning them into giant quote cards in the hopes that more people will post.

The most intimate experience on Facebook now can probably be found in Facebook Groups. "Posting on [another's] Wall is definitely dead, but for users 'of a certain age,' Facebook Groups are huge now," said Margit Detweiler, an editor and content strategist in New York.

For Facebook, the lack of personal content doesn't seem to have a huge effect on its bottom line. Last week, the company reported that its revenue had grown by 49% in the first quarter of 2017 and the social network is almost at 2 billion users, according to Business Insider.

"Facebook as a platform has been quietly evolving into something different than a social network — something less personal, but no less useful," Will Oremus wrote in Slate in 2016. He said that rather than continue on as a social network, Facebook has transformed itself into a "a personalized portal to the online world."

That type of portal doesn't rely on users posting endless inside jokes to their friends or communicating publicly via the Timeline.

Public Wall posts may be a relic from a simpler time for social media, but there are a few holdouts.

Melanie Cohen, a 31-year-old copy editor in Washington, D.C., admitted to posting on a friend's Wall the previous night. Others said they use their friends' Walls to troll them with embarrassing old photos. Several friends remarked that their parents or grandparents are still frequent Wall (or Timeline) posters.

"I'm so nostalgic for the Wall!" one millennial co-worker said. "Sometimes I still post article links on friends' Walls because I know our lurking friends will chime in." Another said he shares links and memes on private Walls all the time.

But mostly, friends responded with a line like "The Wall is so dead." After I posted the idea for this piece to my own Timeline, one friend remarked, "I cannot wait until you write this so I can tell all my goddamn friends who still post on my Wall to stop."