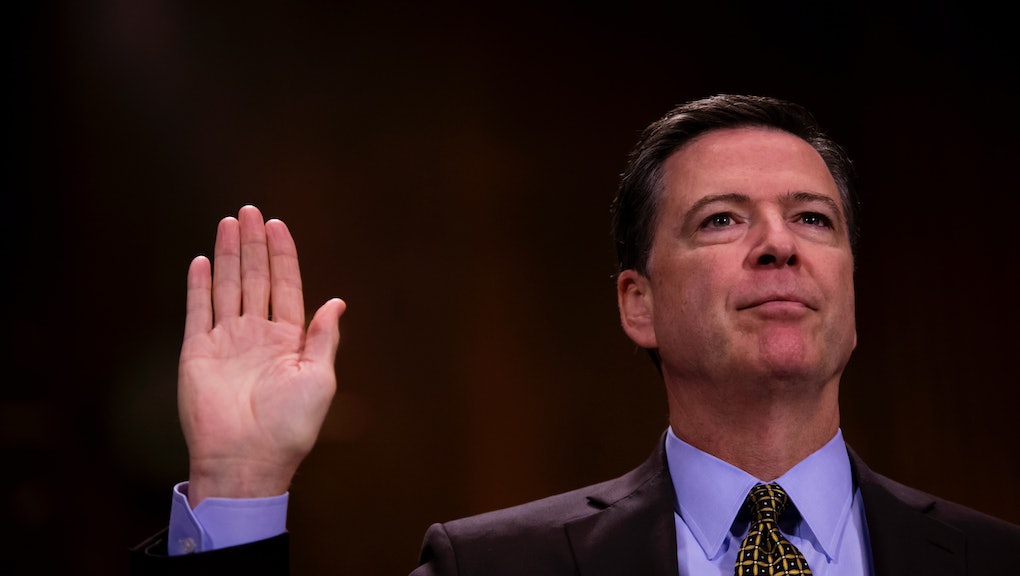 James Comey's testimony on Hillary Clinton emails got it wrong

FBI Director James Comey testified under oath last week that top Hillary Clinton aide Huma Abedin "had a regular practice of forwarding emails" to her husband, Anthony Weiner, for him to print out, so that she could deliver them to the secretary of State.

However, a report from the investigative news outlet ProPublica says Comey's testimony was incorrect — and that the FBI is now scrambling to figure out how to set his statements straight.

ProPublica also reported that most of the Clinton emails on Weiner's computer were there because Abedin backed up her Blackberry, not because she forwarded the emails, ProPublica reported.

Some analysts, including FiveThirtyEight's Nate Silver, say the Comey letter and media coverage of it helped sink Clinton's bid.

"If Comey's letter altered the outcome of the election, the media may have some responsibility for the result," Silver wrote in a piece published May 3, the day of Comey's incorrect testimony.