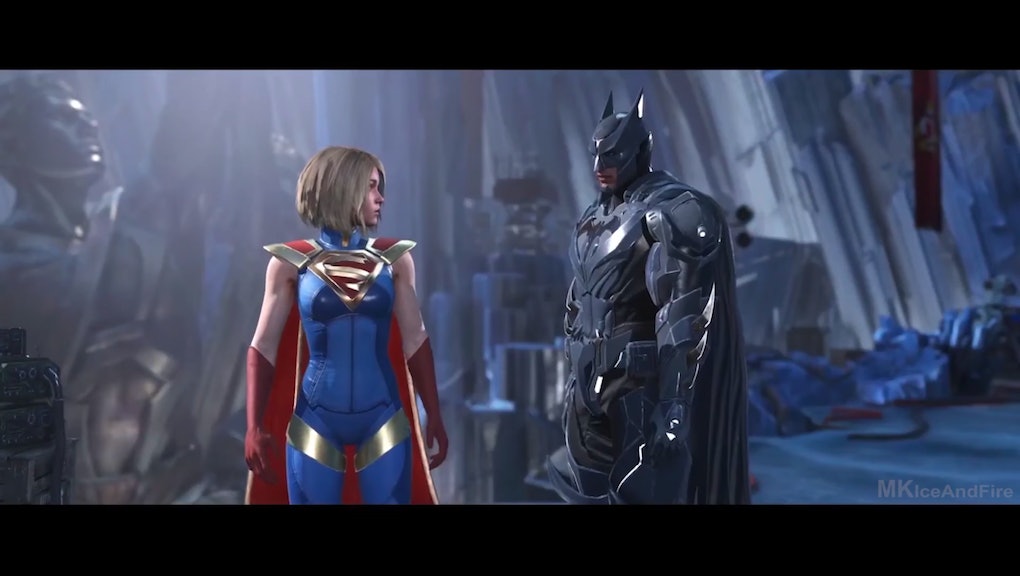 'Injustice 2' Alternate Ending: All possible ways the game can end

Injustice 2 has already demonstrated that it's a really cinematic game. The scripted scenes are beautifully shot, the animation is great and the game transitions nicely into each match.

If you're interested in the story of this game and don't mind spoilers — here are both possible endings for the game.

There are two major endings for the main plot of Injustice 2; which one you get depends on which side you pick.

The main issue within the game is between Batman and Superman. After a traumatic experience, Superman has changed his moral view and is now OK with killing criminals. Batman, on the other hand, disagrees with this type of vigilante-revenge killing. Various heroes from the DC universe choose between the former friends, and you play as both sides throughout the game.

Although the two come together to take down Brainiac, they immediately part ways and continue their fight afterward. In the battle after Brainiac's defeat, the player will decide who to play as — and by extension, whose ending they want to see.

According to One Angry Gamer, if Batman is selected, the game will end with Batman fighting Superman and Wonder Woman in a Kryptonite-infused suit. He defeats both of them, de-powers Superman with a piece of gold Kryptonite and imprisons him in another universe. This would seem to be the happier of the two endings.

The bad ending happens when Superman wins. If Superman wins, he defeats both Batman and Supergirl, then he uses Brainiac's technology to force Batman to change his mind. As you can tell, this game gets pretty dark.