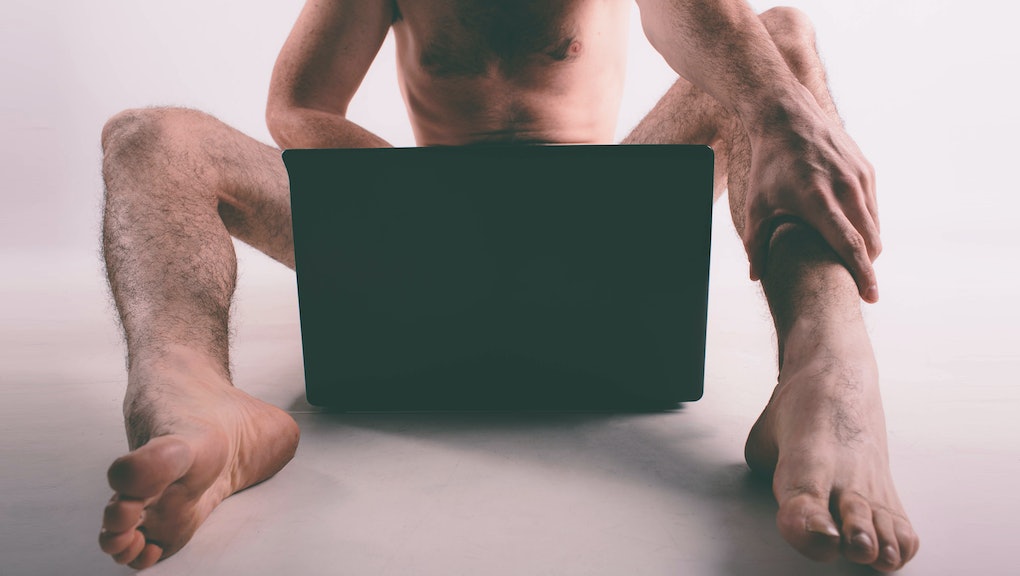 "Somebody, please," a user called FapInVR wrote on the subreddit, worried his girlfriend would walk in on him. "For the love of God and everything that is holy — please create something where I can put a [sensor] near the front door so when it opens I get a pop-up text in my VR game telling me someone is coming."

He said he'd pay upward of $100 for it. "It will be the single greatest invention of this century, I can guarantee it," he wrote. "Please, please help me."

"I mean, it must be pretty difficult to keep an eye out for unwarranted individuals while you have a headset strapped to your head and you're in the midst of a climactic scene with the audio blaring," Price said.

"We are currently looking into additional technologies that we can provide our fans with so their trepidations remain at bay," Darren Press, vice president of CamSoda, told Mic in an email. "Until another solution is made available, we suggest placing a lock on the door or using a motion sensor that sends alerts when someone is approaching."

The device isn't available yet, though the company said it will raise funds for it on Indiegogo "soon."

A father of four daughters said on Reddit that he "of course" will lock the door behind him, but that "interior locks are soo easily defeatable."

"I always fear that my girlfriend/roommate has been filming me (without me knowing) and I'm about to go viral," a redditor called Perviking wrote in a post asking whether an intruder alert is a good idea.

Others discuss potential workarounds. "Don't use headphones," Zaptruder wrote. "Get used to hitting Alt-F4 blind. And wear pants that you can pull up fast."

Many users think the best solution is a Bluetooth sensor at the front door that alerts you when someone comes home.

CamSoda actually offers a similar solution: The company streams your front door or hallway, letting you monitor your home in virtual reality so you can see when someone is coming in. They even sent over the YouTube tutorial below.

There are less expensive solutions

Ela Darling, cofounder of VRTube and VR content manager at Cam4VR, told Mic that a more immediate solution to this issue is your choice in headset. Rather than use an Oculus Rift or HTC Vive, it may be worth sacrificing the highest-quality experience for a device that isn't tethered to a computer. With mobile VR headsets, like the Gear VR or Google Cardboard, users have the mobility to choose a space that might provide more privacy.

"Whether you're wearing a headset or not ... you're in a vulnerable position," Darling said. "This isn't a new problem, it's just a slightly exacerbated problem. I think there are some tried-and-true solutions here that should be examined and employed."

Such as: locking your door, double-checking that you locked your door — for the love of God, lock your door — or putting a digital doorbell outside of your bedroom to let people alert you before they come in.

"There's old faithful: the trusty old-fashioned gym sock on the door — the universal sign of, 'Don't fucking bother me right now,'" she said.