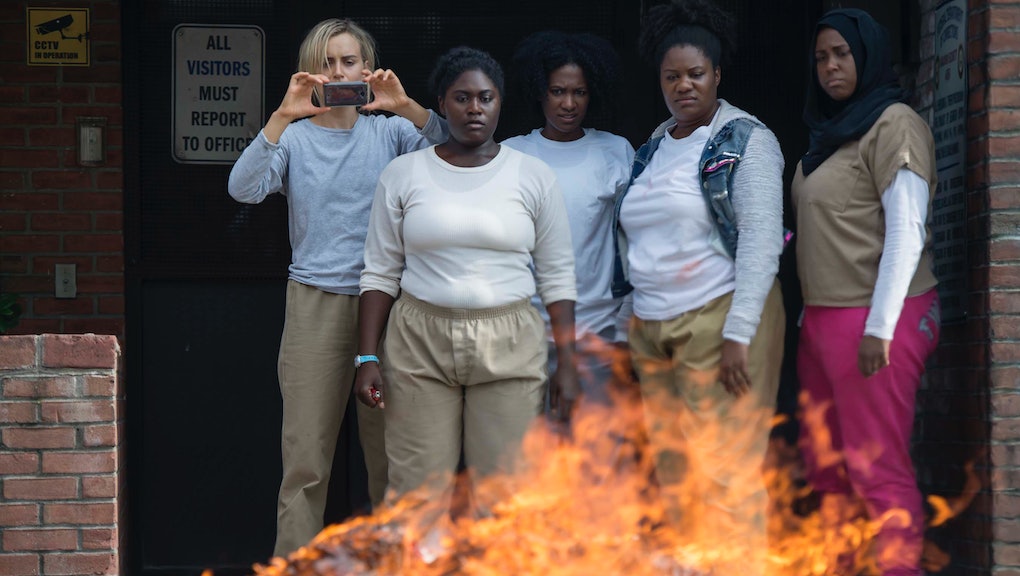 A new trailer for Orange Is the New Black's fifth season shows the Litchfield inmates ready to fight the system and take back their rights. As we know, season five will follow the inmates over the course of three days following the riot over Poussey's death — and it seems things won't be quieting down.

It looks like the powers-that-be at Litchfield are making living conditions even worse, including cramped living quarters and long toilet lines. Fortunately, the media seems to be taking notice of the inmates' struggle, and the women are quick to take advantage of this public platform.

Netflix said season five will "leave the inmates' lives forever changed as they are emboldened to fight for redemption, resolution and the respect they deserve." We see glimpses of this as our favorite characters band together against the prison guards. "We're all angry! You've done our girl wrong, Mr. Caputo, and we want justice," Taystee tells Litchfield's warden.

Check out the trailer below: