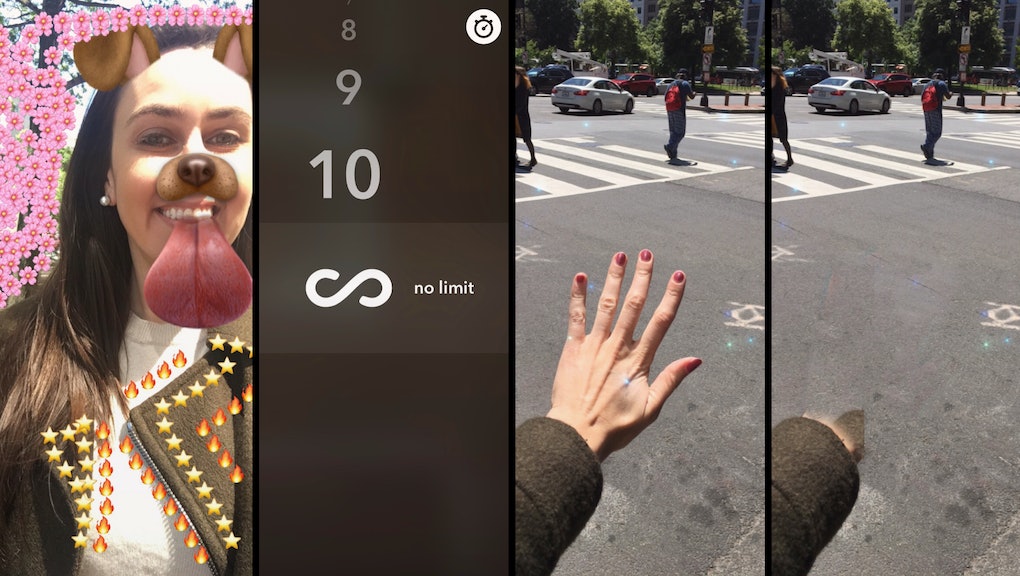 Snapchat update offers "limitless" snaps, lets you paint with emoji and use a "Magic Eraser"

Snapchat is doing away with its famous 10-second time limit on certain snaps.

Starting Tuesday, if a user taps the infinity symbol when sending a direct snap, the recipient will be able to view the snap indefinitely until they close out. Once a snap is closed, it's gone forever.

Each video snap is still technically only 10 seconds long, but if set to 'infinity' the video will just loop indefinitely until the snap is closed.

It's also important to note that this change only affects direct snaps. Users can still watch snaps in stories as many times as they want within a 24-hour period.

This is great news for anyone who has opened a snap and struggled to get their headphones in and watch before it disappeared.

As Snapchat wrote in its blog post announcing the new features: "We’ve all felt the frustration of not being able to fully enjoy a Snap – even after replaying it – and we wanted to give you the option of allowing the recipient to enjoy your Snap as long as they’d like."

In line with that goal, users can also now set video snaps in their Story to loop indefinitely. This means that their snaps will play repeatedly — à la Vine or Boomerang — until a user taps to the next snap.

Magic Eraser and paint with emoji

If all that wasn't enough change, Snapchat also added the ability to paint with emoji and rolled out a Magic Eraser tool.

The Magic Eraser — which can be found under the scissor symbol on the toolbar, now on the right side of the screen — lets you erase objects from your photos.

Though Instagram experimented with a candy cane brush in Instagram Stories around the holiday season, both the emoji brush tool and Magic Eraser are features that the Facebook-owned image sharing platform does not currently offer and has yet to copy.

The new features rolled out worldwide this morning. To take advantage of the new tools, all you need to do is update the app.