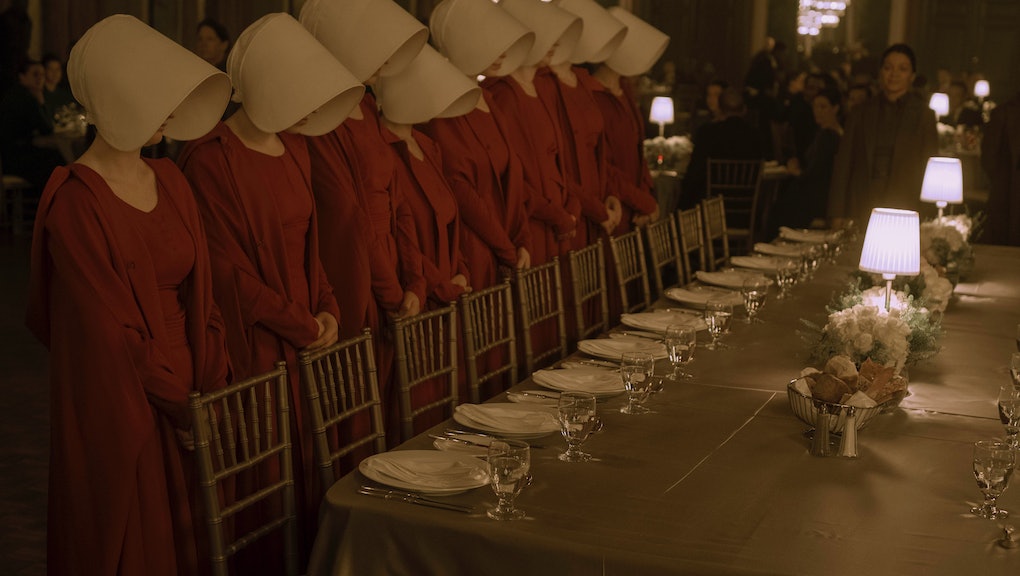 When will 'The Handmaid's Tale' episode 5 be released on Hulu?

Sorry, avid viewers of The Handmaid's Tale — the Hulu series is now officially on a weekly schedule. That's no reason to sell out a handmaid friend to an Eye for a pirated version of the next episode though. Anticipation, albeit of what will happen next in an awful dystopian, totalitarian society can inspire happiness, just like waiting to open presents on Christmas morning.

Thankfully the payoff is almost here, as each new episode of The Handmaid's Tale drops on Wednesday nights at 12 a.m. Eastern. Praise be!

For anyone who's not caught up, here's a brief recap of what happened in episode four, aka "Nolite Te Bastardes Carborundorum."

Offred spent a lot of time both in present day, where she's been locked in her room by her mistress Serena for not being pregnant, and in the past, where she's experiencing handmaids' bootcamp with her friend Moira. In the present, Offred manages to regain her freedom by playing on Commander Waterford's sympathy for the previous Offred, who killed herself. In the past, Offred — then known as June — is left behind by her friend Moira after the plan the two women had to escape together goes awry.

Despite that unfortunate moment, however, there is a message of solidarity woven through the episode. This is highlighted by the words Offred finds etched into the floor of her room by the previous Offred — "Nolite Te Bastardes Carborundorum," which is latin for "don't let the bastards grind you down."

Will Offred heed the message left for her by her predecessor? Will Commander Waterford wise up to Offred's manipulations and punish her accordingly? Stay up until 12 a.m. Eastern time and be one of the first to find out.