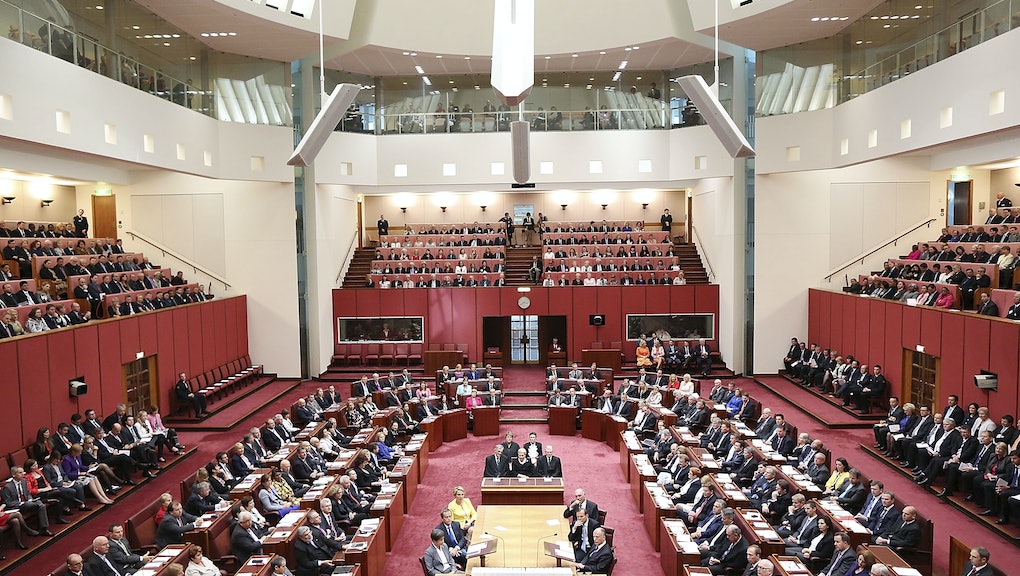 According to the Sky News, Waters made history the first day back on the job by breastfeeding her daughter, Alia, in the Senate chambers.

"So proud that my daughter Alia is the first baby to be breastfed in the federal Parliament!" Waters wrote on Twitter. "We need more women and parents in Parli."

Waters helped push through changes to Parliamentary rules in 2016, which once banned children from the Senate chambers and forced breastfeeding mothers to appoint a proxy to vote for them. Last year's revision now allows all parents to "briefly care" for infants while doing their job in the chambers, breastfeeding included.

Other governing bodies would do well to take a cue from Waters and her colleagues: In January 2016, Spanish parliament member Carolina Bescansa was met with harsh criticism for calling a recess to breastfeed her 5-month-old son after a three-hour session.

"Women have been doing it in parliaments around the world ... It is great to see it is able to occur now in the Senate," Gallagher told Sky News.

"Women are going to continue to have babies and if they want to do their job and be at work and look after their baby ... the reality is we are going to have to accommodate that."