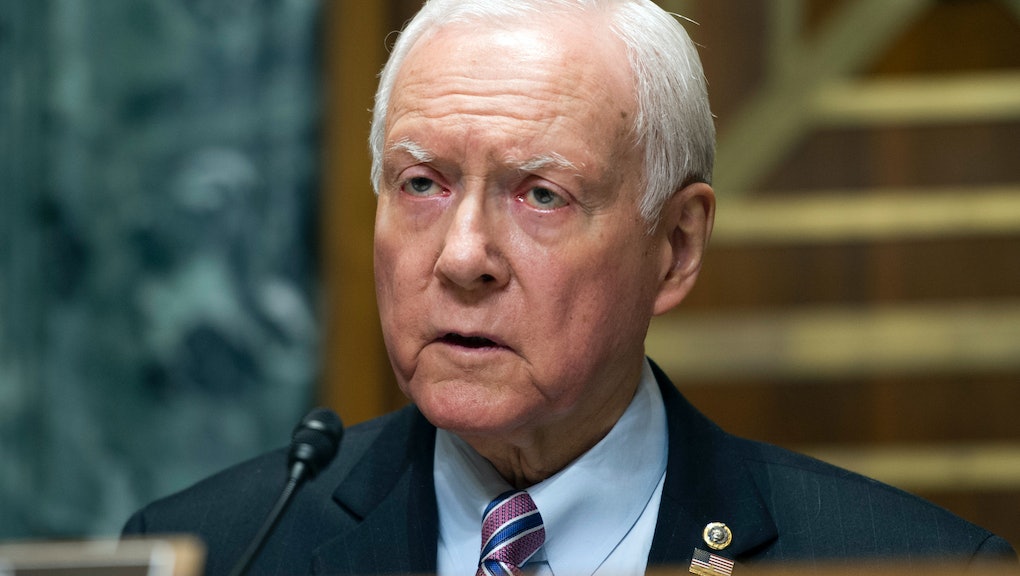 Sen. Orrin Hatch (R-Utah) lamented the challenges facing Senate Republicans in drafting a bill that would repeal and replace the Affordable Care Act, saying that the public is now "on the dole" and it will be hard to get them off it.

"The public wants every dime they can be given," Hatch said, according to CNN. "Let's face it, once you get them on the dole, they'll take every dime they can. We've got to find some way of getting things under control or this country and your future is going to be gone."

The comments are reminiscent of Mitt Romney's "47%" remark that dogged Republicans during the 2012 campaign.

Hatch's comments come as Republicans debate whether to cut more than $800 billion from Medicaid, which provides health care to millions of low-income Americans. It also comes as Republicans seek to lower the subsidies some Americans receive to make their health insurance more affordable.

These cuts — included in the House's American Health Care Act — would lead 24 million people to lose their coverage, and would increase costs for low-income and older Americans, according to a report on the initial version of the AHCA from the nonpartisan Congressional Budget Office.

A number of GOP senators are not on board with those cuts to Medicaid and are debating lowering the blow Medicaid recipients and other Americans would face due to the AHCA.

Senate Republicans put together a 13-person, all-male working group to try and come up with a bill that can pass the 100-member chamber.