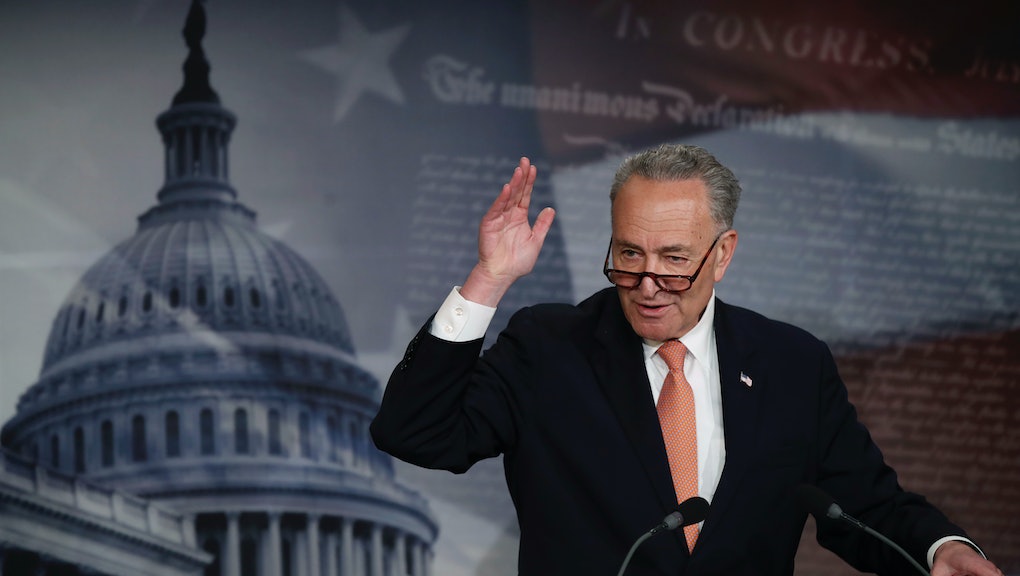 Why did Donald Trump fire James Comey? These Democrats think they know.

On Tuesday, President Donald Trump abruptly fired FBI Director James Comey, bringing the career of one of the federal government's most senior law enforcement officers to a premature end.

The official justification for the firing — that Comey had mishandled the investigation into Democratic nominee Hillary Clinton's private email server — is not consistent with Trump's campaign-trail joy over Comey's decision to publicly discuss that investigation before the elections. Though investigative site ProPublica recently reported Comey had continued to exaggerate details of the case in recent congressional hearings, Trump seems to have drawn further suspicion by thanking Comey in his dismissal letter for "informing me, on three separate occasions, that I am not under investigation."

Democratic leaders have reacted with thinly veiled suspicion that Trump's real motive was shutting down ongoing FBI investigations into his alleged ties to Russian intelligence services which allegedly hacked into Democratic email systems during the election — the very subject of which Trump appeared to allude to in the letter.

In an statement, Senate Minority Leader Chuck Schumer called the implication "troubling" and said the time was "right now" to appoint a special prosecutor.

If a special prosecutor is not appointed, "Every American will rightly suspect that the decision to fire [Comey] was part of a cover-up," Schumer said. "... Everyone will suspect cover-up."

However, some Republicans like Sen. Lindsey Graham praised Trump's decision to fire Comey, with Graham tweeting "a fresh start will serve the FBI and the nation well."