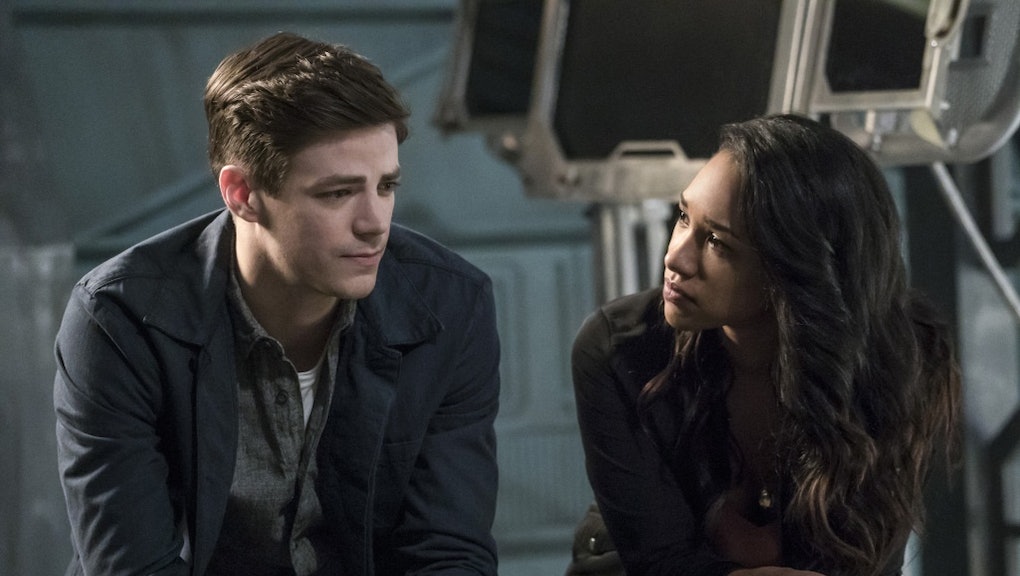 How does Barry Allen become Savitar? Twist revealed in 'The Flash' season 3, episode 21

At the end of episode 20 of The Flash, the CW series finally revealed Savitar’s true identity. This season’s big bad has been Barry Allen all along! Well not exactly Barry Allen, but a bizarro, scarred, evil version of Barry Allen. The reveal came at the end of the episode, so there wasn’t much time to explain everything. Luckily for us, the show laid it all out in the first few minutes of episode 21, “Cause and Effect.”

Savitar is one of Barry’s time remnants, meaning that if Barry runs back in time he can create temporal duplicates of himself. In order to defeat Zoom in last year’s season finale, Barry created a time remnant. This time remnant ended up sacrificing himself to stop Zoom and save the multiverse.

Savitar explains in episode 21 that Barry creates several time remnants in their battle four years in the future. Savitar kills all but one of those time remnants. Barry, Cisco, Joe and Wally don’t take too kindly to the surviving time remnant. According to Savitar, they “shun” him because he isn't the true Barry Allen. Broken and alone, that time remnant seeks revenge. The time remnant realizes God feels no pain and decides to become one. He becomes Savitar.

This time remnant/Savitar travels back in time and creates the lie that he was the first speedster. Savitar proclaims himself a time god and starts recruiting followers using the Philosopher’s Stone, thus setting up his own myth. Barry Allen basically created Savitar to stop Savitar. As HR points out, “Classic chicken and the egg scenario.”

But Savitar also explained that he’s not a God yet. He wants to have control of all of time but he needs two things to happen. First he needs to kill Iris so Barry will be driven to darkness and create him. As for the second thing he needs to do? He’s keeping that one a secret for now.

The plan to stop Savitar with the Speed Bazooka

There are plenty of theories out there, but it seems Team Flash does have a plan to stop Savitar. Thanks to future Flash’s tip, they were able to find Tracy Brand. Brand has been hard at work on building the device Barry will use to trap Savitar in the speed force. Even better, she’s doing it four years ahead of schedule.

At the end of “Cause and Effect,” Brand and HR unveil the Speed Force Bazooka, but there’s a catch. It needs a lot of energy in order to work — more energy than the sun in fact.

How is Barry going to find that much energy? It probably has something to do with the glowing red orb at the end of the episode and King Shark, who is seen lurking nearby.

Mic has ongoing coverage of The Flash. Check out our main Flash page here.