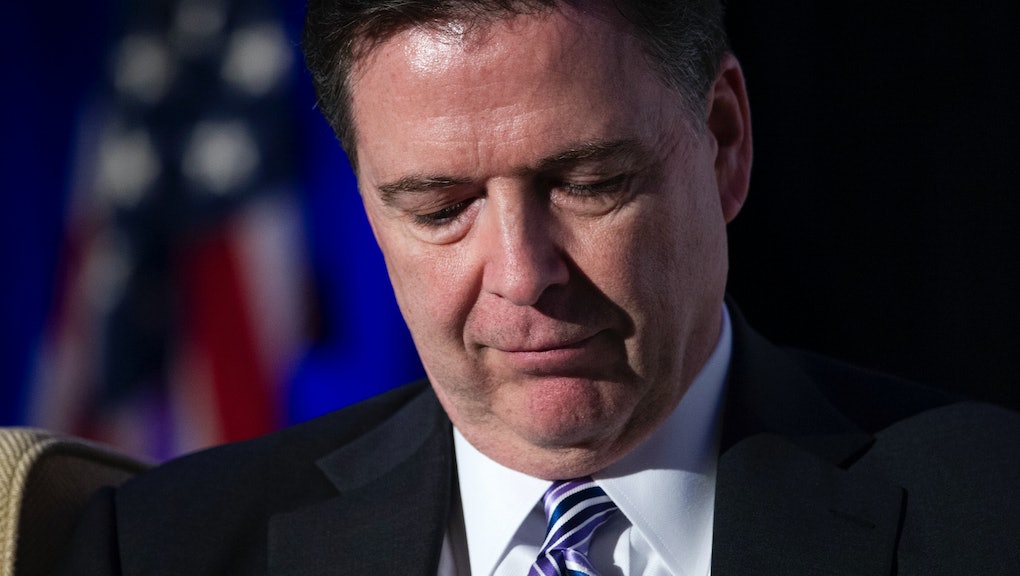 Former FBI Director James Comey, who was ousted by President Donald Trump in a sudden shake-up on Tuesday night, reportedly thought he was being pranked when he first saw news of his own firing, the New York Times reported.

Comey was speaking to FBI employees in Los Angeles on Tuesday, the Times reported, when news that he had been fired came up on the screen of a television that was playing in the background. According to the Times, Comey saw it and "laughed, saying he thought it was a fairly funny prank."

That's when "his staff started scurrying around in the background and told Mr. Comey that he should step into a nearby office." At the time that Comey emerged and confirmed that he had been fired, he still had not heard directly from the White House, the Times reported.

The justification given for Comey's firing was his handling of the investigation into Democratic presidential nominee Hillary Clinton's use of a private email server.

But the timing of Comey's exit, while he is in the midst of leading an investigation into whether or not Trump advisers worked with the Russian government to sway the 2016 election, has raised concerns that Trump is using the powers of the presidency to derail an investigation into his own campaign.

Both Republicans and Democrats have expressed their unease in the wake of Comey's firing. On Tuesday night, Arizona Senator Jeff Flake tweeted "I've spent the last several hours trying to find an acceptable rationale for the timing of Comey's firing. I just can't do it."