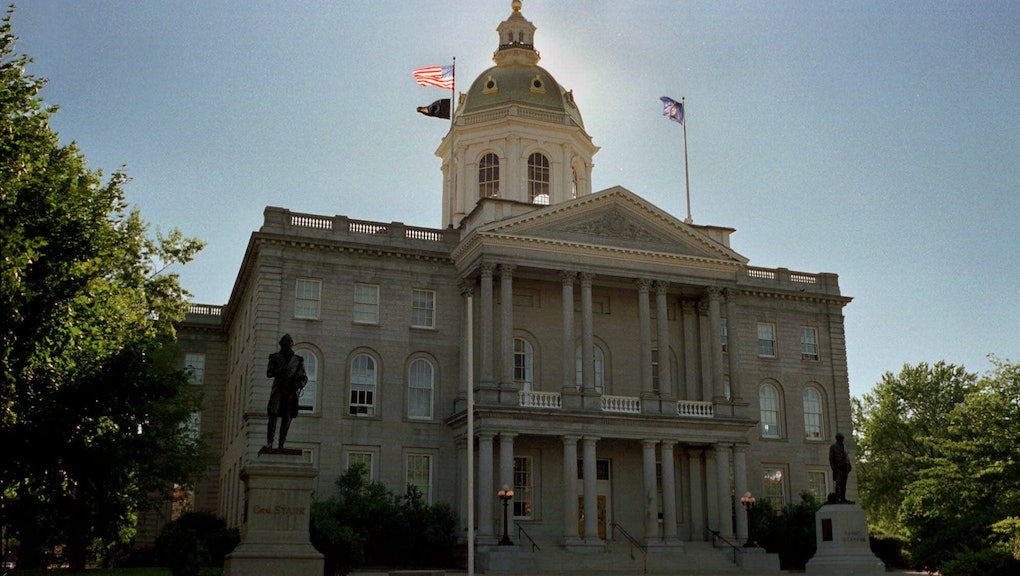 When it comes to government jobs, only 1 state gets an "A" in gender parity, report finds

Considering a woman has yet to break the nation's highest electoral glass ceiling — the presidency — it comes as no surprise that the country's other governing bodies aren't doing so great when it comes to gender equality either.

A new report from Representation2020, an organization advocating for women's representation in politics, has found that just one state is doing well enough to merit an "A" rating in gender parity: New Hampshire.

To determine New Hampshire's standing, researchers used a "gender parity index," a system that awards points to states based on how many women hold office in U.S. Congress, state executive positions, the state legislature and local government. New Hampshire was the first state to elect an all-female congressional delegation, with women currently occupying all four of its seats in the U.S. Senate and House.

According to the same system, Washington followed close behind New Hampshire with a "B" ranking. Fifteen states received a "C," 29 received a "D" and four — Louisiana, Georgia, Pennsylvania and Mississippi — were awarded an "F."

While Representation2020's assessment might seem pretty bleak, the 2016 congressional elections provided a glimmer of hope that women's representation may be on the upswing.

Though the number of women in the 115th Congress remained stagnant, on Election Day, Americans voted to quadruple the number of women of color in the U.S. Senate, electing Illinois Sen. Tammy Duckworth, California Sen. Kamala Harris and Nevada Sen. Catherine Cortez Masto to office.

Inspired be their victories — and incited by Hillary Clinton's loss — women across the country are now gearing up to run for office in record numbers. In the immediate aftermath of President Donald Trump's election and inauguration, more than 13,000 women have announced plans to launch their own political campaigns.

Terrel told Jezebel the organization's latest report is a "wake up call," adding, "There are structural barriers that need to be addressed to create the political bandwidth for all those women to be successful candidates."