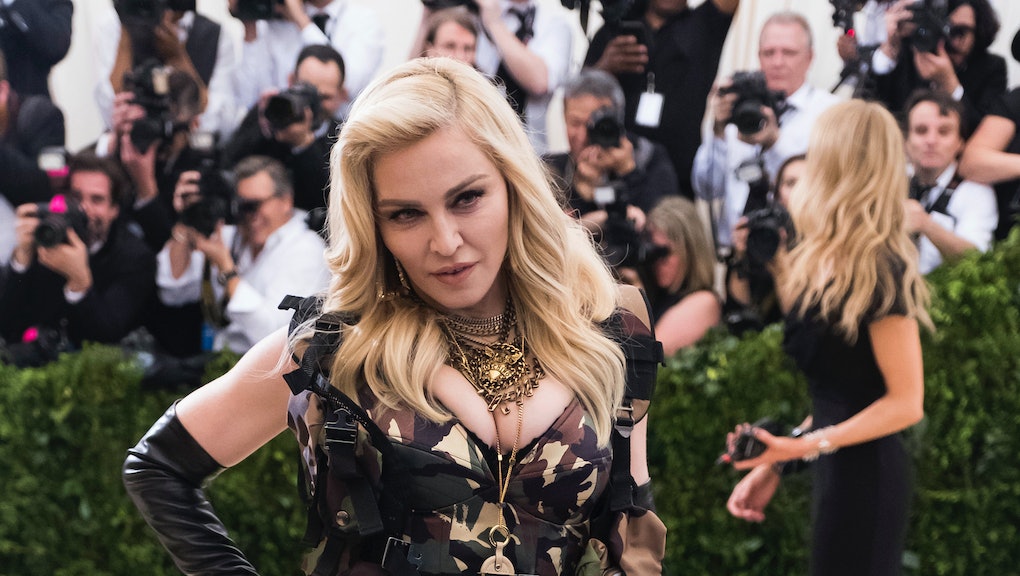 Patti LuPone stopped by Bravo's Watch What Happens Live With Andy Cohen on Tuesday night, and she brought some shade with her.

The acclaimed actress, whose iconic career includes roles in Broadway musicals like Gypsy and the current production War Paint, had some choice words about Madonna's acting career.

Madonna, of course, starred as Eva Perón in the 1996 film adaptation of Evita. LuPone, however, won a Tony Award in 1980 for her portrayal as Perón in the original Broadway production of Evita. So when Cohen asked her what she thought of Madonna's performance, the diva didn't hold back.

LuPone caught a clip of Madonna performing "Buenos Aires" and wasn't impressed. "I thought it was a piece of shit," she said.

She wasn't done there. "Madonna is a movie killer," she continued. As an actress, she feels the singer is "dead behind the eyes" and that she "cannot act her way out of a paper bag."

"She should not be in film or onstage. She's a wonderful performer for what she does, but she is not an actress," LuPone concluded in her performance review.

Well, it appears Twitter is in agreement with LuPone for calling out Madonna's acting. Fans were living for how the Tony winner spoke her mind so freely on the show, and they want her back immediately:

Now the world anticipates Madonna's response to all of this.