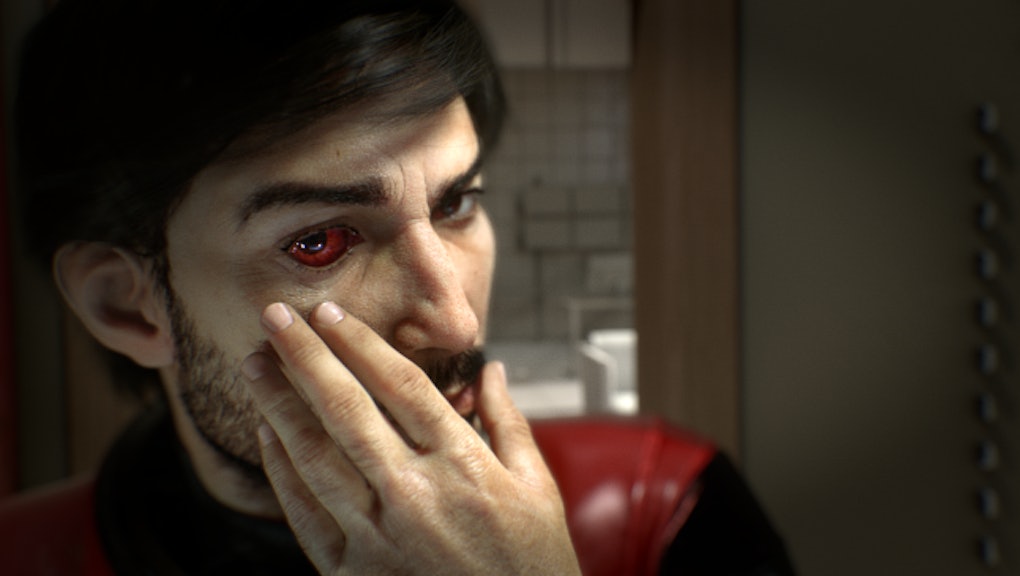 'Prey' Endings Explained: What exactly is going on aboard the Talos I?

Struggling to understand Prey's ending? We're here to explain the different ways the game's story can resolve. This should probably go unsaid, but there will be plenty of spoilers ahead. You've been warned.

Throughout your time on the Talos I space station in Bethesda's new first-person shooter Prey, you'll learn that there's two options for you to stop the Typhon. You can destroy the Coral, the neural network they're all connected to, which will leave the Talos I intact, but that may not be the best choice considering they were experimenting on you and others with unstable neuromods. Or you can choose to blow it all to hell and either go down with the ship, head to the shuttle with the other survivors (assuming there are any) or peace out on an escape pod.

If you're not sure which decision to make, we've got the scoop on Prey's endings.

Prey Endings Explained: Choosing between the "A Mind Without Limits" ending and the "Perdition" ending

According to Prima Games, at the end of the game you'll be faced with a choice. Your brother Alex Yu wants you to take a Prototype Nullwave Transmitter and use it to destroy the Coral, the neural network that the aliens are all a part of. The AI January, however, wants you to take the arming keys (one of which is on Alex) and detonate the Talos I, destroying the Typhon and all knowledge of it.

If you side with Alex, you'll have to fabricate and then place the Nullwave Transmitter as the game requires you, before heading back to the bridge. Here, you'll sadly have to destroy your robo-pal January in order to activate the Transmitter. Doing this will destroy the Typhon and save the station with everyone on it. This grants you the "A Mind Without Limits" ending.

If you side with January, you'll have to find a way to get Alex's arming key off of him. The easiest way to do this is when the Apex Typhon attacks the station — Alex will be rendered unconscious and you can loot the key off his body before dragging him to the safety of his bunker or leaving him to suffocate in the rapidly deoxygenating bridge. Once you've activated the self-destruct sequence, you can choose to go down with the station, head to Alex's personal escape pod at the top of the Arboretum or make your way to the escape shuttle with the other survivors (which might grant you the "Awkward Ride" achievement if you were particularly bloodthirsty).

Even though only one of those results in your fiery death, choosing to detonate the station will give you the "Perdition" ending. There's also a third ending you can get if you go to Alex's escape pod prior to completing either of the above endings called Abandon Ship, but it's essentially a fail state and the game tells you to start over if you pull it off.

Prey Endings Explained: What's up with the game's epilogue?

After the ending, you'll wake up in a secure location with Alex Yu and four Operator robots with the voices of four prominent NPCs in the game, according to Prima Games. These operators will evaluate your performance, and will ultimately decide whether you live or die. Turns out what you've been doing is a simulation based on the events that the actual Morgan Yu lived through. However, they failed to contain the Typhon outbreak — the actual Typhon are now on Earth.

Your Morgan Yu, the one you've been playing, is a Typhon Mimic who's being tested to see if they can exhibit human empathy. If you pass muster by sparing human enemies and making sure you don't kill NPCs and finish their quests, you can either take Alex's hand and enter a world where humanity and the Typhon can coexist peacefully, or you can make a heel turn at the eleventh hour and kill him.

If the operators find your performance lacking, you'll at least have the ability to take Alex down with you before you're disposed of. If you'd like to see what you missed out on, you can check out a compilation of the endings below.

For more on Prey, check out the rest of what Mic has to offer. Here's a guide to find all the safe locations and keycodes, and here's one showing where to find the pre-order bonus. Here how long it takes to beat Prey, and some of the secrets you can find in the demo. Finally, here's our guide hub where you can find all our Prey content.