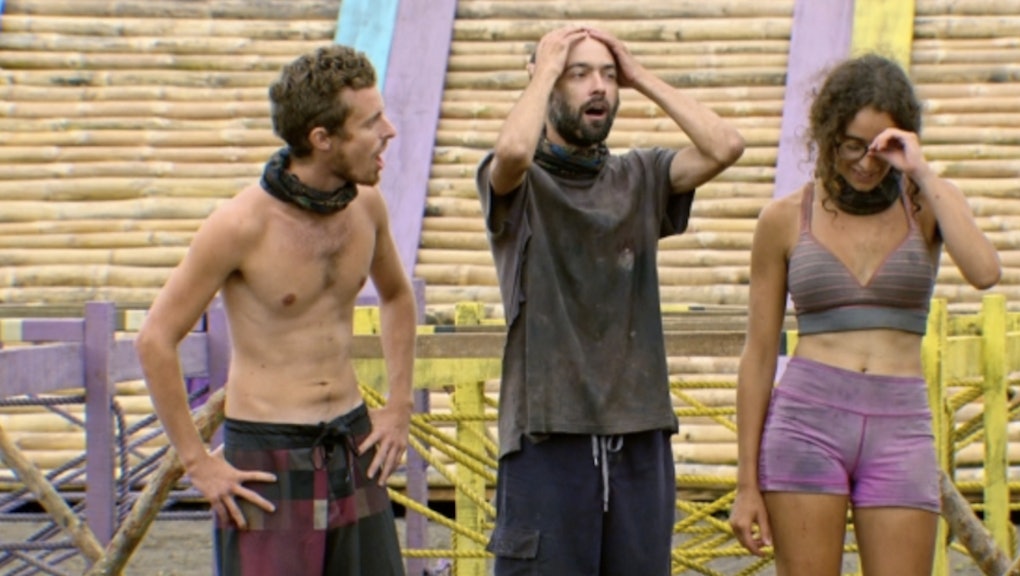 How to prepare for 'Survivor': 9 essential tips and tricks from alum Hannah Shapiro

Congratulations: You've just been cast on Survivor! Soon you'll be stranded on a deserted island far from cell service. Half your friends will think you're in rehab and the other half won't care as much as you think they should. Bummer!

But before you fly off to destinations unknown, you'll need to prepare for the adventure of a lifetime. And no, anxiously pacing around your apartment won't prepare you for the upcoming challenge.

Fortunately, mystery Survivor contestant, I've got your back. I was on season 33, Survivor: Millennials vs. Gen X, and made it 39 days on the island of horrors and pretty stars. I'm giving you the best tips I can think of to prepare you for Survivor.

So say goodbye to your friends, kiss your smoking hot wife goodbye and tell your kids islands are better than fatherhood. You're about to make 19 new friends, so let's forget about those other losers and get ready for some lifesaving Survivor tips.

1. Light your office building on fire.

Survivor is all about fire, so you'll want to practice before you get there. But start challenging yourself now and create fire with something a little more difficult than sticks. Go light the ol' insurance company you work for on fire instead. You're leaving them anyhow to run around on TV in your undies. Besides, they're an insurance company, so they have insurance for the building!

2. Make a good friend and then brutally betray them.

Find someone you really get along with, get to know them and let them into your life. Have them tell you about their sweet grandma Joline, their pains of childhood, the wonders and frustrations of adulthood. Really dig your way into their heart. Then, just when they need you and trust you the most, do something horrible to them. Examples: Sleep with their beloved boyfriend, steal the last memento they have of their grandfather, murder their cat.

3. Find a Pizza Hut box under a bridge and call it home for a week.

You'll want to start prepping for new living conditions ASAP, since you won't have your fancy Tempur-Pedic mattress on the island. No more dry-cleaned quilt or 1800-thread count sheets. Your spoiled bum is going to have to get used to some new living conditions. Find a nice bridge and some cardboard, set up camp and hope for no rats.

4. Eat laxatives for every meal.

You'll be switching to a diet of mostly coconuts once you get to the island. Coconuts are a natural laxative, so prepare yourself by taking laxative medicine now. Get ready to be hungry 24/7 while also spending most of your time on the toilet. It's a really fun combination.

You're about to be spending a lot of time with the most handsome host on television, Jeff Probst. You don't want to be so overwhelmed with his beauty that you lose your ability to speak, so start looking at handsome people now. You'll become immune to symmetrical faces and and dimple-filled smiles. It's the only way to prepare.

6. Poop in your neighbor's zucchini garden.

On Survivor, you poop all over your island home — in the ocean, on the sand, in the fire pit. It's time to get used to pooping in public. Poop on the street, poop in a recycling bin and definitely poop in your neighbor's garden. He's just so damn arrogant about winning the top zucchini prize this year, too. Pooping there will kill two birds with one poop.

7. Let someone film you as you get terrible news.

Privacy? What's that? That's what you'll be saying during your island adventure. Cameras are about to be in your face during the best of times and the worst of times. Now is the time to practice being able to deal with it. If someone comes to you bearing awful news, make sure they film you as you find out. This will prepare you for the future tears you'll shed on national television.

8. Don't sleep for a week before giving a presentation on quantum mechanics.

I'm not sure I slept much during my 39 days on the island. There is no time like the present to get your brain and body used to a no-sleep existence. But don't just treat yourself to lack of sleep, also make yourself explain complicated procedures in front of groups after being awake for consecutive days. You'll do great! And if you fail, only large groups of people will judge you. That's Survivor.

9. Let a group of high-school students pick apart your insecurities.

Have you heard of Survivor reddit? From what I understand, it's a chatroom of insecure high schoolers who spend most of their time throwing shade at two-dimensional reality show contestants. And you're about to be one of their targets. Congrats! To prepare, go to a high school and ask a table of kids in the cafeteria to tell you everything that's wrong with you. It may not be fun now, but it'll be helpful later.

Welcome to the cast of Survivor

Young island padawan, you're officially ready to embark on the adventure of a lifetime. Hold these tips close, strip down to a pair of dirty underwear and get excited. You're about to be on Survivor.